It was 1973, and there were long lines at the gas station. The Yom Kippur war was the cause, although all I knew about that was the wait to fill my gas tank, which I needed to do frequently for my daily trips to the psychiatric hospital in Belmont, Massachusetts to visit my husband. 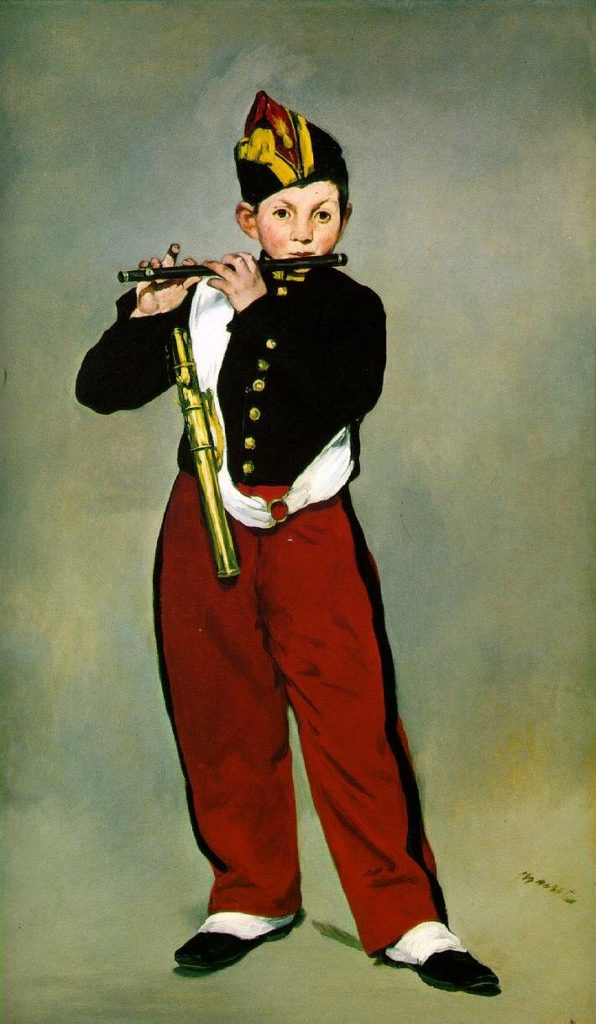 I thought that through sheer force of will and the power of good intention, I could save my husband from his personal demons.”

Jim had two breakdowns within a couple of months. The second one landed him in the hospital, which looked a bit like nearby Harvard, all brick Georgian buildings in a green and gold autumn landscape. I thought that through sheer force of will and the power of good intention, I could save my husband from his personal demons. The wait for gas became part of the struggle. I had to visit Jim every day and return him to who he had been, a Fulbright scholar and the Phi Beta Kappa who loved football and Friedrich Schiller, not the trembling man who had recently looked at a copy of Manet’s painting of a boy soldier playing the fife and read sinister meaning into it. “He’s going to die in battle and no one in his family will even know what’s happened to him.”

Those were the days when a psychiatric hospitalization was covered by insurance for 30 inpatient days. In one month, after the benefits were up, the patient would cue up magically to wellness and be released. I wanted to believe that. I did everything I could. I visited Jim faithfully, participated in family group, and saw the social worker who was assigned to me for the duration of Jim’s stay. Doris was a kind, older lady who’d been around the block many times with relatives of the mentally ill. I hated her. She tried to undo my conviction that I could cure Jim. “If you don’t take care of yourself,” she said, “you can’t care for anyone else.” I had to admit I felt like I was in combat. The hospital was my Golan Heights. The enemy was psychotic depression and I was a battle-fatigued wife who was just beginning to understand mental illness. When the nurse who was leading family group spoke to me with soft sympathy, I was undone. Armor penetrated, I sobbed in her arms.

Our marriage ended in divorce three years later, after a lot of therapy for us both, and a lot of wading hip-deep in guilt for me. No one thought to try to treat us as a couple, although that was the other broken part. The mental health system just looked at us like distinct atoms to be handled separately.

It took me several weeks to screw up the courage to tell Jim I was leaving. During those weeks I had an excruciating crick in my right shoulder muscle. I had told no one in our families what I was going to do, fearing their shocked disapproval. I could hear them saying, “You just don’t run out on your sick husband, or “ for better or worse, in sickness and in health.” I really wanted to have children and Jim had said he’d “cooperate” but couldn’t promise to actually raise kids with me. My shrink said, “You didn’t sign up for this.” Plus, Jim was back working but threatening to quit with the expectation I’d take care of him forever. It was time.

I sat Jim down in our kitchen and blurted it out. “I’m leaving.” The muscle spasm in my right shoulder disappeared instantly. I moved into a friend’s apartment in Cambridge while I looked for a permanent place of my own. I left behind almost everything I owned except my clothes. The pain of loss and guilt turned me into a fugitive. Later I would regret not taking photographs, family mementoes, and cherished books.

The aftermath of my leave-taking was complicated, and my social network divided into two camps. I was either the selfish spouse who couldn’t take the heat. Jim’s hard-boiled aunt said, “She thought it would all be beer and skittles.” She also commented on Jim’s depression. “He’ll just have to snap out of it.” Or I was the gutsy young woman who made a difficult decision and chose independence. My brother said, “You got the monkey off your back.” Although he’s the one who has stuck it out for 40 years with a mentally ill wife.

After a year of too much casual sex, too much alcohol, and leaving therapy too soon (all related, I’d say), I lost my job to Harvard’s system of treating librarians like faculty. You were promoted up or you were out and I was out. My experience with a husband who had a serious mental illness had led me to the next gate in my life. I wanted to understand this life-altering illness called depression and I wanted to capitalize on my talent for giving people advice, which had emerged in my work as a reference librarian. Stung by being fired, I also wanted to get myself a big fat credential. I took classes in psychology so I would have more to offer a graduate program and I sent applications to schools in the Midwest.

I became a psychologist. And I have made progress. I still have an attraction to the unhappy and anxious, but I don’t beat myself up for this. Even more important, I no longer believe I can cure anyone, including myself.

Jim? He went on to a life of under-employment, which in the United States, until Obamacare, was always accompanied by no or lousy medical insurance. His health deteriorated, his weight climbed up, and he smoked heavily. He was a writer and eked out a very modest living. He had at least one long-term relationship with a woman. He had several brief hospitalizations for his depression.

Jim died in 2001 of a heart attack while at work. He was 55 years old. A friend called to tell me and also told me that Jim had just started a new job and had a new girlfriend.

I happened to be visiting New England a few days after the call. It was a trip I had planned months earlier to attend May Arts Weekend at my son’s school. My flight arrived in Albany, New York, too early to go to the school, and I drove to the site of the Battle of Bennington, where in 1777 Americans prevailed over the British forces in the early days of our country’s war of independence.

It was the day of Jim’s funeral in Boston. I was completely alone in the state park that commemorated the battle site, in a green and gold New England spring morning, with a promise of the lushness summer would soon bring. Looking out over the mountains of southern New York into Vermont and Massachusetts, I said a prayer for Jim, who had lost his battle with the demons he carried within him. I said a prayer for me too, another casualty of the war.

Marie Davidson is a psychologist and writer in Glenview, Illinois.  She has had essays published by the JRC Press in From Oy to Joy  and From There to Here.

An Act of Charity