I arrive in Seattle to visit my mother, who has moved many times, so there are no warm fuzzy childhood memories upon entering her house. But I’m relieved to see she’s built a cozy fortress for herself with bric-a-brac, books, and benzodiazepines. 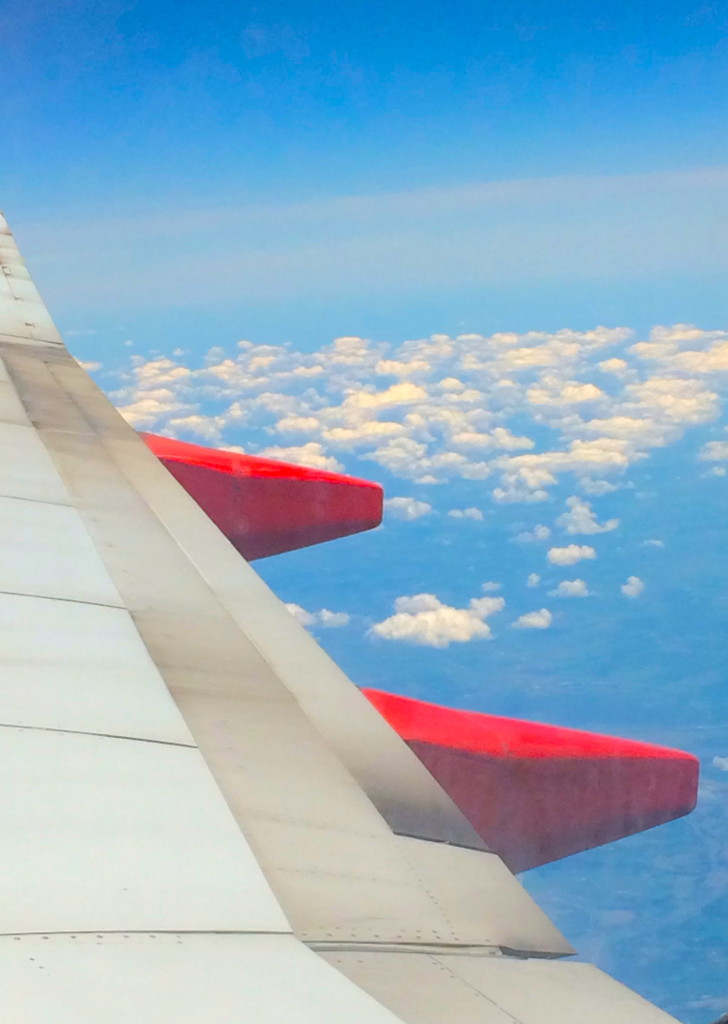 I never thought I’d be away from Seattle this long. Growing up with a stepfather who changed jobs on a whim, there was always a new school, a new house or a new city to navigate. But we always moved back to Seattle when we needed to regroup.  It was a safe place to build up our strength to take on the world again. When I became old enough to make my own impulsive and illogical decisions, I stuck to this pattern. New houses, new jobs, new cities, mostly determined by friends and boyfriends, always ended with me returning to Seattle when my enthusiasm ran aground.  I became a flight attendant, perhaps because escaping was built into the job description; a perfect career for a girl who was raised by middle-class vagabonds. Five years ago, I found myself at the end of the line with a boyfriend in Nashville. This time I was unwilling to admit defeat and so I headed west in a hurry. I needed a diversion.  I wasn’t ready to have Seattle shrug its shoulders and say, “We knew you’d be back.”

Moving to Chicago was all my glorious decision, a place to win or lose on my own terms. But it was still my rebound town. Like when you break up with someone and you call up that party girl you thought you’d never seriously consider, because, why not? You desperately need a distraction; you deserve to have a good time. But you know she’s not going to be a long-term thing. I mean, sure, she’s super fun and she makes you feel alive for a while, but most days she’s just overwhelming; she lives too large and she’s just so damn loud. Chicago told me I could come and live large and get loud for awhile, reminding me that I leave all the time anyway, so it’s not like we could really get that serious about one another.

Chicago has done its best to accept me as an adopted child, even if I use rookie terms like “Macy’s” and “Willis Tower.” Chicago suggested I could reinvent myself in any shape that pleased me.  I listened when the ghosts of Studs Terkel, Carl Sandburg and Roger Ebert whispered to me to become a writer. But they didn’t tell me to write a book or a movie or a play or anything in particular. Writing gave me my first taste of proclaiming vehemently that I was more than seat backs and tray tables, that my identity wasn’t built of Cokes and peanuts. But it didn’t give me a clear path as to what I should do; no sweeping dream, no master plan. Discovering writing was like being given a medicine proven to save my soul, but I didn’t know whether I should smoke it, snort it, ingest it, or even where I could score it on a regular basis. I just know that I would be diseased and miserable without it.

Chicago yells, “Oh stop being so dramatic and get back to work, already!”  Chicago gets brusque with me sometimes. The city that works is also the city that stays up too late, drinks too much, and pushes too hard. I find myself on the “L” in the wee hours, night after night, wondering how long I can sustain this pace. Attempting to keep up with this town is exhausting even in sensible shoes. So many reasons for me to believe it would be a terrible place to grow old, slow and complacent. I fear I’ll end up like the elderly folks I see on the train, expending all their energy battling the landscape just to get their groceries home in a snowstorm. I wonder how long I have to find a more subdued slice of life, to be part of my own little casserole community.

During my travels across America, I’m always looking at other cities and asking, “Could we grow old together?” Denver tells me, “You don’t want to spend your golden years with us here in the land of thin air and stoner mountain hippies. Plus we get snow here in May here, like, for real.”  Los Angeles coos to me to in a smooth jazz radio voice, “Honey, you know these lithe sun-kissed super humans with their Gucci sunglasses will never make any sense to you. Plus you hate being in the car.”  Austin tells me I’m too much of a Yankee. Philly says I’m not tough enough. Every time I come home from a trip, Chicago throws a pint of Old Style in my face and tells me to snap out of it. It mocks me when it gets wind of my civic infidelity. “Quit being ridiculous,” Chicago implores me. “Have a hot dog with mustard. Take a walk through Millennium Park. Have a drink downtown and laugh at the tourists on Michigan Avenue, knowing these streets are all yours all of the time. You’ll feel better.”  You can always count on Chicago when you need some straight talk.

I hoped Chicago might cure my loneliness, but it follows me no matter where I go.  It’s the souvenir of the urban nomad. I find solace in random encounters with the people I come across in my travels. There is an unexpected joy when the girl half my age with a maternal smile in a diner in Wichita touches my hand as she sets down my coffee and says “enjoy this,” instead of “you look tired.” There is a piece of me in the grey-haired hotel security guard across the street from the hockey arena in Pittsburgh who tells me in great detail about the day they brought the Stanley Cup through the lobby and how beautiful it was when the sunlight hit it just so, his eyes picturing it, helping me to see. I find myself in the little girl who stops me at work and says, “I drew you a picture.” I take all these pieces and I try to build a nest, but often it feels like heavy lifting and my arms get so tired.

At the end of my Seattle visit, on the way to the airport, I make small talk with the cab driver. “I hear a little Midwest accent,” he tells me. “It’s hard to believe you were ever from here.” I smile. Seattle bids me a calm, crunchy granola farewell. “You’re welcome to come back here anytime,” Seattle tells me as I stare at Mt. Rainier beyond the highway traffic. “But you are made of so much more than this now.  There will always be a quiet, tree-hugging chunk of this place in you, but it’s time for you to go home. I mean, you’ve become accustomed to living pretty large and sometimes you’re just so loud.”

Chicago senses I could use a pep talk when my plane touches down at Midway. “You didn’t move here to make your life easier,” my town reminds me. “You moved here because you wanted to fly by your own lights, you wanted to make your own way. Such a conquest tends to be complicated, overwhelming and messy. But you can handle it. We showed you how to be determined, how to open yourself up to possibility. Welcome home, kid. Now get yourself over to Pulaski and grab yourself a bag of tacos al pastor. You’ll feel better.”’

Eileen Dougharty has shared her essays at numerous live lit shows in Chicago and has contributed to Chicago Public Radio’s “Pleasure Town” podcast. She has written for Nvate, Story Club Magazine, and Tattooed Heroine. She’s currently playing around with mixed media in hopes of creating stories for all of the senses.