Every so often, I  have a dream about searching for the jewelry that I lost in the Fox River when I was young. 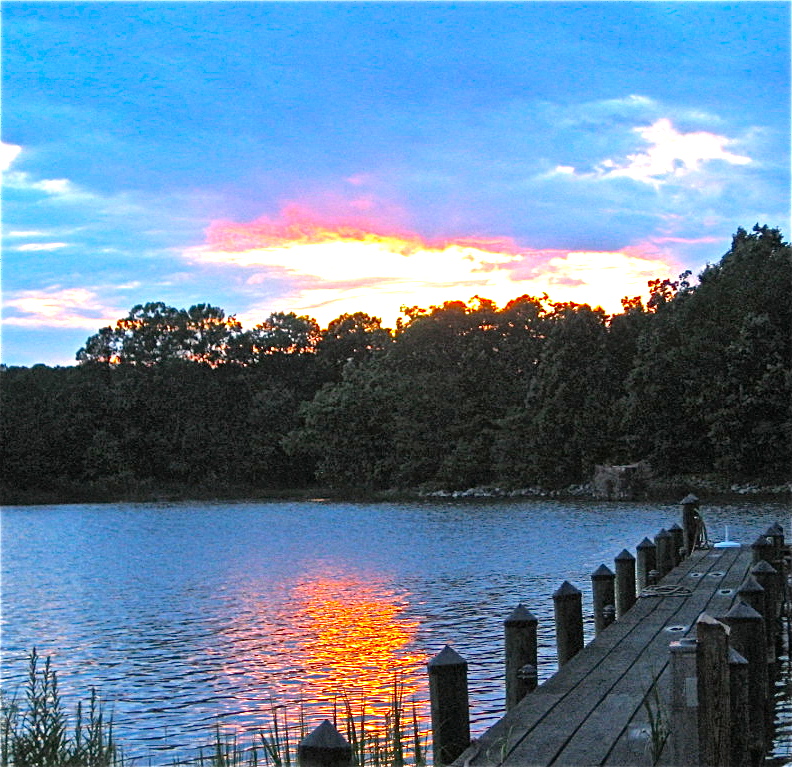 If they could speak they would say, “We don’t belong here, Birthday Girl.””

In my dream, a gold chariot is drawn by six white horses. I am at the helm, dressed in a two-piece bathing suit without color and black, high-top gym shoes. My kinky blond tresses fly wildly in all directions. In my hand is a whip held high above my head like a chubby Wonder Woman ready to conquer the murky waters. The force of the horse’s gallops splits the river in two. The river bottom is muddy and filled with empty beer and pop bottles, inedible river clams and snails and pieces of my jewelry brightly shine through the water. There’s my star of David on a gold chain, my silver identification bracelet, my ankle bracelet, my birth stone ring and my gold initial ring waiting to be rescued.  If they could speak, they would say, “We don’t belong here, Birthday Girl.”

My birthday is in August and, along with family, I always celebrated it at Fox River Heights where we vacationed in the summer. My parents bought me jewelry for my birthdays, always something I specifically requested. I suppose that’s when a certain character flaw showed up. Every year, that special gift disappeared shortly after I received it.

The star of David that hung around my neck, when last seen, took a dive with me off some teenage boy’s shoulders. The dive was magnificent! I was triumphant! However, all that excitement left me within seconds when suddenly, the top of my two-piece bathing suit fell off and, at the same time, my birthday necklace broke away from my neck. Now both were sinking into the dark river water. I was horrified. I retrieved the suit top and struggled to put it back on while hiding under the water. My necklace is still at the bottom of the river.

For my tenth birthday I begged for a birthstone ring. When my parents gave it to me, it came with instructions. “Do not wear the ring until it is sized,” my mother said. “And that’s final! But know-it-all me wore it anyway. I got into a swimming race with another teenage boy, and yes, the ring slipped off. To make matters worse, what’s-his-name won the race. I cried more about that than the loss of my birthday gift.

“Trudi, are you just stupid or what?” my mother asked me.

I told her I was sorry but the truth was I was more interested in the teenage boy.

The summer I turned eleven, ankle bracelets were the rage. It was the must-have of 1945. The first day I wore the ankle bracelet, I couldn’t believe it was still secured around my sweaty ankle when I went to sleep. I remember thanking God and asking him to let me wear it forever.

I love to swim. My appreciation of the sport began soon after my mother tossed me in the river and shouted, “sink or swim” when I was four.  I screamed, and when no one jumped in after me, I paddled like a puppy and rescued myself. My mother had been a swimmer all her life. She was even a lifeguard who saved a young boy from drowning. Under her influence, and the many Esther William’s movies we saw together, I fantasized for a swimmers’ life. I dreamed of winning swim contests and saw myself in water ballet shows, and I was pretty good at it, too. I could dive off any board and was ready to compete.

I challenged a popular teenage boy I had my eyes on and he decided to go along with me. I was hoping my win might include a kiss. I’ll show off my syncopated leg work, I thought. He’ll be in awe! I alternated between the back stroke, the breast stroke and my near perfect crawl. Ten minutes into the race, my left ankle was no longer sporting my prized possession. It was as though the river knew I was there and was waiting.  The ankle bracelet became buried in the mud.

We were celebrating my twelfth birthday on the sacred grounds of my summers when my parents, at long last, gave up on me. “Trudi,” my mother said. “You don’t deserve a birthday present.” But she gave me a beautiful gold initial ring I had asked for and warmly told me, “We’ll kill you if you lose it.”

I lost the ring and survived near death.

My dream appears less and less, but I do reminisce about the days I spent in the river when my fearless heart was set on my dreams.

Trudi Goodman is an abstract expressionist painter whose work has been juried into The Art Institute of Chicago Sales and Rental Gallery and hangs in Chicago’s Willis Tower. Her essay, “Whose Looking Anyway?” was published in the “Seasons of Our Lives” anthology.