I’m surprised when Randy’s name appears on my phone. He rarely calls now except to thank me for the box of frozen steaks I send him every Christmas since my dad passed. More often, I just get a card with “Thanks for the steaks. Merry Christmas from Randy” printed in child-like block letters. 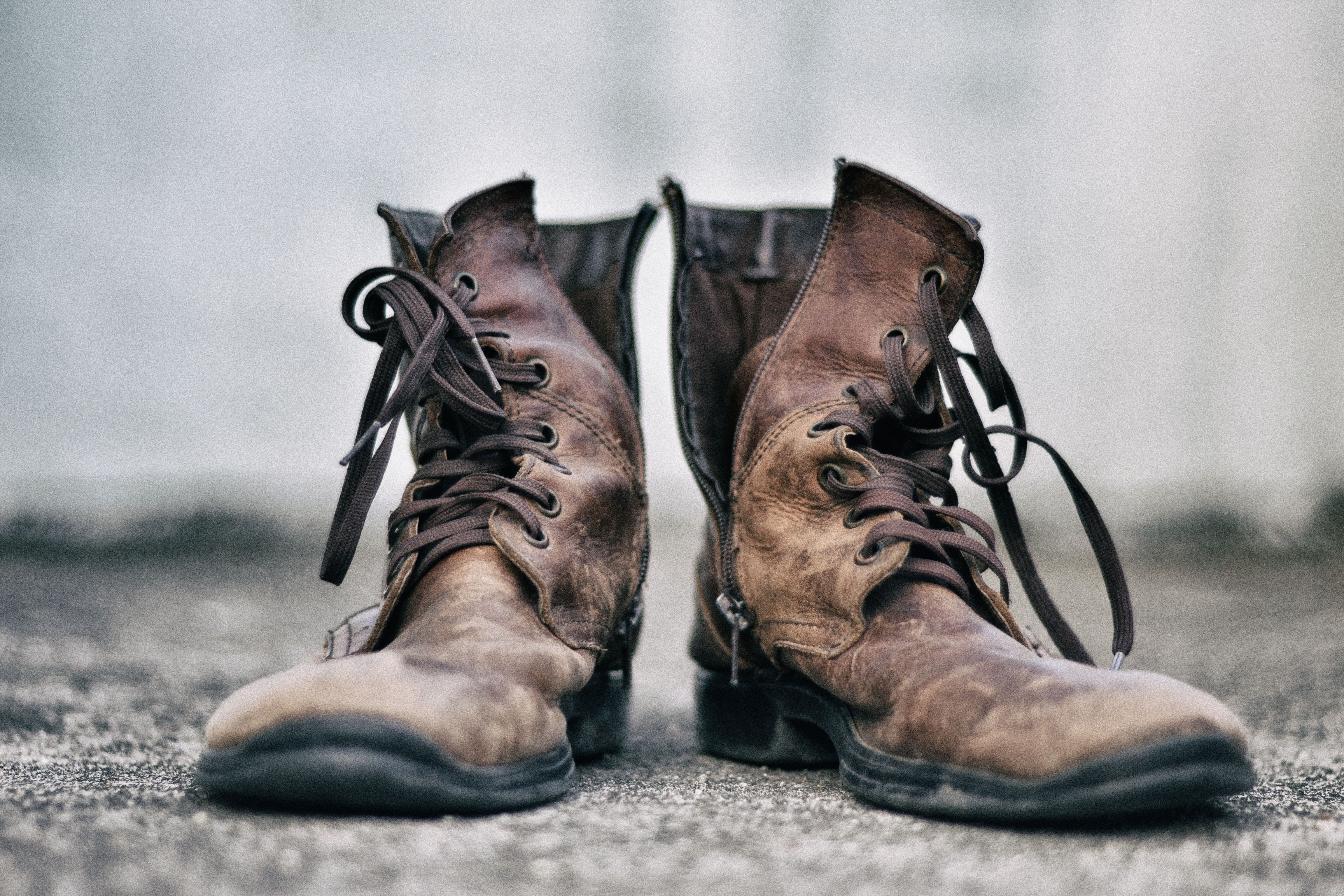 “It’s okay, Mr. John. Happens to all of us. Eat somethin’ bad and look out, you’ve crapped your pants. Now you just hang on and I’ll be there in a couple minutes.”

When I answer, his voice is broken with sobs, his words skittering across an icy surface that could crack and swallow him up at any minute. “Don’t know if you heard or not, but ma’ boy died yesterday. I come home and there he was, and the funeral home wants a deposit up front before they’ll bury him and my ex-wife, she won’t pay nuthin’ and I don’t know what I’m gonna’ do. I can get an advance from work, but they want this interest fee thing and I can’t afford that. I’m not askin’ for no charity or nuthin’ but  ma’ boy’s gone and he’s gotta’ get buried, ya’ know what I mean?”

In the years I’ve known Randy, I rarely heard him speak about his son except to say that he didn’t work. I envisioned dank rooms, reeking of stale cigarette smoke, with a TV chattering constantly in the background. A young man sprawled in a worn-out recliner, waiting for his father to come home and cook dinner. My friend who still lives in town told me she heard Randy’s son died from an overdose.

I stop Randy mid-stream, reassuring him that I will contact the funeral director  – who was a high school classmate – and that we’d work something out. I knew my dad would want me to write a check if that’s what was needed. I could see him opening the big commercial checkbook he insisted on using long after he sold his business, gripping the pen between his middle and ring finger and writing a check in his heavy-handed scrawl. The first time I signed one of those checks as power of attorney, I was shattered by the realization that my father no longer had the energy to pay his bills.

As I tried to calm Randy, I wondered if that’s how he talked to my dad on the nights he didn’t make it to the bathroom on time. I can hear Randy saying, “It’s okay, Mr. John. Happens to all of us. Eat somethin’ bad and look out, you’ve crapped your pants. Now you just hang on and I’ll be there in a couple minutes.” I picture him pulling on jeans and a sweatshirt in his little house a few blocks away and walking hurriedly through the sleeping town, using his key to come in the back door, something he only started doing in the last year of my dad’s life. Racing up the stairs to find my father like a horse, white-eyed and panicked in his stall, who can only be soothed by someone he trusts.

A small and wiry man, Randy is one of those ageless men, permanently stuck between his forties and sixties. He came from a rough crowd of working-class poor, families who scraped along the best they could but still struggled to make ends meet on wages earned as laborers at one of the two factories in town. No one in Randy’s family graduated high school.

Randy never learned to drive, so he biked to his job at the metal foundry across the river and loved walking his little dachshund mix all over town even in the coldest weather. For years, Randy was my dad’s outside man. He mowed the lawn, shoveled snow and took care of simple yard chores. Towards the end, Randy spent nights on the sofa before the nurses and hospice people swooped in, sparing me the pain of watching my father flail against the indignities of old age.

I took a leave of absence from teaching that fall to spend time with my dad. Although bedridden, his mind was still razor-sharp, and together, we worked on the to-do lists for his funeral and estate; yellow legal pads filled with notes were the life rafts keeping our OCD personalities afloat. I found comfort in the daily routine of walking to the post office and drugstore, in greeting my dad’s old friends who came to visit, in simply being present once again in the world where I grew up, all the while aware that these were fragile and fleeting moments.

Randy was around the house most days, tending a little patch of vegetables he grew every summer in a corner of my dad’s yard. By mid-September, his garden was overflowing and he would come into the kitchen carrying plastic grocery bags bulging with tomatoes and green peppers.

“Hey, can yous use any peppers? Them plants are goin’ crazy this year. I like to stuff ‘em with hamburg and whatever cheese I got. Man, that’s good eatin’, know what I mean?” Randy’s nervous tic of ending almost every statement with that phrase made him a supplicant to the world around him, always seeking affirmation.

He set a bag of tomatoes down on the counter one day and said, “Do ya’ think Mr. John could eat a burger with a slice o’ one of them tomatoes on it? I could grill it up on the George Foreman and cut it up real fine, so it’d be easier for ‘em to swallow. Don’t need no roll. Might taste good for a change.”

Later, he took the burger, cut into miniscule pieces and sprinkled with bright chunks of tomato, back to my dad’s bedroom and fed it to him, and I could hear the two of them laughing. When Randy came back to the kitchen with the half-finished burger, I asked what was so funny. He said, “Mr. John said that burger beat the hell out of that Ensure stuff them nurses make him drink.” I wanted to hug him.

Randy would show up each evening after his shift washing dishes at a retirement home to watch Emeril on the Food Network with my dad. He’d bring his dog, who would leap onto the bed and lick my dad’s face while Randy chattered. “Was just takin’ the dog for a walk and thought I’d stop in. Man, those assholes in the kitchen out at St. Anne’s, they don’t know how to clean nuthin’. You wouldn’t believe the messes on them trays today.” His rat-a-tat rhythm of speaking punctuated with the occasional “Bam!” from Emeril.

One evening, after my dad was settled for the night, Randy and I sat on the battered aluminum chairs on the back porch, his most recent harvest of peppers and tomatoes lined up on a nearby windowsill. He was quiet for a while, then lit a cigarette and blew out a stream of smoke. “Been workin’ for your dad a long time. I’ll tell you what, we had some rough nights before them nurses got here.” He paused, gazing out at the makeshift ramp he’d constructed to help get my dad’s wheelchair into the house. “God, I’m gonna’ miss this place.”

I replied gently, “Randy, until the house sells, I’m going to need you to check on things and deal with the lawn and the snow just like you always have.”

“Yeah, but it won’t be the same without Mr. John here. I know I ain’t smart, but your dad, he always treated me like I was somebody. Been like another pop to me and ma’ boy. Feel like I owe him somethin’.” He stubbed out his cigarette, nodded toward the peppers and said, “Take some along. Them up there are about ready.”

On the night of the town’s Halloween parade, blocked streets delayed the arrival of the hearse. The efficient scurrying of the nurses, their final ministrations to the patient now complete, vanished with a discreet closing of the back door. Randy waited with my husband and me in the unaccustomed stillness, absent the oxygen machine’s constant and dreadful purr. There was none of his typical chatter. He stayed until we heard the zip-zip of a bag being closed and watched with us as the gurney bearing my father’s body, cocooned in its green plastic shroud, was steered through the house like an overloaded shopping cart.

Before he left, Randy said, “Yous let me know when the service is n’ all. I’ll be there and I’ll just keep mowin’ the lawn n’ all and whatever yous need, just call me,” the words he’d held in for the last few hours gradually tumbling into tears. He handed me a bag filled with the last of the peppers and wiped his eyes with the back of his hand. “I meant to give you these before and with Mr. John passin’ an’ all, I just forgot about it, and I dunno’ if you can use ‘em right now but I didn’t want ‘em to go to rot. I dunno’ what I’m going to do without your dad, ya’ know what I mean?”

I still get a Christmas card from Randy, but otherwise, I don’t hear from him. I wonder how he’s managing, living alone since his son died. When I drive through town, I occasionally see him hustling along the sidewalk in that sort of rolling gait he has, a little dog straining on the leash ahead of him. My dad left a bequest for Randy in his will, and he told me he was going to use it to fix up his house and yard. Maybe put in a garden and covered back porch where he could sit in the evenings.

When my cousin decided to restore one of the old Victorians facing the river, I recommended Randy to do her yard work and watch the house when she’s away on business. She’s originally from the city and not used to honest workers, so she raves about him. Says he’s the best outside man she’s ever had.

Anne Moul is a retired music educator now pursuing her second act as a writer. She has had essays published in Hippocampus, Episcopal Café, Mused Online Literary Journal, Kitchen Work and others, and won first place for Nonfiction in the 2018 Pennwriters writing contest. She lives in southcentral Pennsylvania.