When the news broke in September 1984 that Richard Brautigan had killed himself, few people took note of the town where it happened. Many didn’t even hear of his death, an item relegated to the back pages. History already had painted over him.

Fifteen years later, as I sipped wine while reading in a coastal town just north of San Francisco, an alarming fact leaped off the page at me from the memoir by Brautigan’s daughter, Ianthe. Her father, she wrote, had put the gun to his head in a house less than a mile up the hill from the place where I’d lived for about a month. In Bolinas. 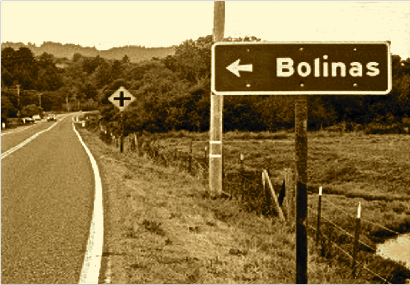 Some people are different without trying to be, as Brautigan seemed to understand across the centuries in both directions from his too-brief, storm-tossed life. His mortal valves wide open, he knew the way in which, as Creeley said, things move.”

It was the first in a handful of coincidences that tied together me, Bolinas, and Brautigan, whose work consoled numberless misfits and dreamers in our youth, my people, like nobody else’s could have done or has done since.

High school in the Midwest was hell. My mother had remarried, and her new husband moved us from Rockford – then Illinois’ second-largest metropolitan area – into the cornfields, 15 miles away. Farm boys whiffed the city on me. They picked fights, while the sadistic adults in charge stood by, idly watching.

When I appeared at gym-class lineup with the wrong-colored shirt (white that should have been gray), my teacher sneered. “What about you, Awsbern? Tryna be differnt?” My mother had misread the list of required gear while shopping and had made a mistake.

I was the mistake. Tryna be differnt was the worst thing you could do at Byron Community Unit School District 226 where, in the early 1970s, authority struggled mightily to hold its ground. The wave that had crested in California, led by Brautigan and others, finally washed over the heartland. Girls wore peasant dresses and smelled of patchouli. Tie-dye was in evidence, though not for gym class. The braver boys, just a few, took elective cooking classes – “home economics” – meant for girls.

Brautigan bought the Bolinas house during this era, my lonely age. Where was Dad? Demoralized, alcoholic, he had gone wandering, I didn’t know where. Strewn around my bedroom were Brautigan softcovers, always one in my back pocket.

Bolinas, then as now, was an outpost of aged hippies, beach sleepers and high-spirited misfits, with rich people living on the hill and as many dogs as humans. “Bolinas dogs are so funny,” wrote poet Joe Brainard in his 1971 Bolinas Journal. “Running all over town. In and out of stores. Alone or in packs. Plain dogs most of them. Mutts. They seem to have a little Bolinas all their own.”

With a tribe of bohemians from New York, Brainard lived for a while in Bolinas, uneasily I would imagine, the natives historically preferring their dogs to outsiders. When state workers mount signs on Highway 1 to mark the Bolinas turnoff, townsfolk take them down under cover of night. The signs become coffee tables in the salons of chainsaw outlaws.

As if by an invisible pull, Bolinas is where I ended up after my divorce, having rambled to the far edge of the west in a traumatized vagrancy similar, or so I liked to imagine, to my father’s. With a woman I’d met in Colorado around the turn of the millennium, we occupied a rental on Wharf Road near the cafe where I sat with my wine and Ianthe Brautigan’s memoir of her doomed father that day. The grizzled waiter delivered another glass. “I used to see him around,” he said. “Real quiet guy. Sad.” The moment hung between us.

Early mornings I scouted the Bolinas beach for whatever the tide had left: shells, jellyfish, broken crabs. Once, I found an eel-like creature, about the thickness of my wrist, its body lined on the edges with tiny, quivering legs such as you see on millipedes. Half had been separated from the other, maybe a consequence of the roaring storm that had whipped the ocean overnight.

“Everyone looks at what I am looking at, but no one sees what I see,” wrote Sertillanges, the French Catholic spiritual leader. I had randomly picked up his book, The Intellectual Life: Its Spirit, Conditions, and Methods, in a San Francisco used bookstore. Sertillanges quotes Lamennais, an earlier philosopher who is said to have spoken the line while standing on the seashore at St. Malo in a storm. “No one sees what I see.” I felt the same way.

Now I saw that each segment of this eel-like thing was about a foot long, the pair of them maybe the same length apart. With a stick of driftwood I poked the glistening piece nearer to me and, in apparent response, the other piece twitched! I did it again with the same result. How could this be? Again. And again.

From Bolinas, my Colorado mate and I traveled to France for a few weeks. In a crowded Paris train station we became even more lost than usual. A thick-bodied man trudging ahead of me suddenly stopped, spun around and yelled, “Gerry!” I jumped back. “Gerry!” The man swiveled his head on his powerful neck, displaying a hawk-like nose in profile.

He faced me, unseeing. Dual-beam contact with him was impossible since one eye didn’t track with the other. “Gerry!” he shouted once more, then fixed me with the steady orb, sighed, and turned away. Not until he drifted into the crowd did the name that had been forming in my mind became clear. Jim Harrison.

It was like spotting a grizzly bear at O’Hare.

Of his dead friend Brautigan, Harrison would write in his memoir, Off to the Side, a few years later, “There is the Rilkean quandary of the exposed heart being richest in feeling and the point at which the exposed heart cannot recover. We actually discussed the matter while trout fishing in Montana and he said he would never commit suicide as long as he could still write and his lovely daughter Ianthe depended on him. The news [of his death] was terrifying but somewhat expected.”

Harrison mentions in the same book another friend, Gerard Oberle (“Gerry!”), with whom he attended a literary festival in St. Malo. “All my mortal valves open up fully when I walk the long beach at St. Malo,” he wrote.

Naturally I had to find Brautigan’s house in Bolinas. And I did, at 6 Terrace Avenue, about halfway up the hill to “the mesa,” Bolinas’ level mountaintop, wide with tall yellow grass that sways in the ocean wind. On the Mesa: An Anthology of Bolinas Writing, was published, like Brainard’s book, in 1971. “Things move,” minimalist poet Robert Creeley wrote in “Bolinas and Me,” his contribution. “You’ve come to here / by one thing after another, and are here.”

The Brautigan house is a three-story structure, with overlapping wood shingles like scales and a big deck on the second floor.

I learned of Brainard’s Bolinas period long after my own, in a roundabout way. During the summer of 2006, I undertook a project with an Italian mail artist name Gianni Simone, living in Japan. Having liked the chapbook of essays that I self-published, Simone sent an email that gamely suggested that he would send me a few lines that begin, “I remember …” and include a memory. I would reply with a memory sparked by his, opening with the same words, “I remember …” We would repeat the process, and keep going until one or both of us grew tired of it.

A year passed. Our exchanges gradually became darker, more intimate. Two years. The friendship — is this the right term for it? — deepened. After two and a half years, we quit at 999 memories.

Eventually I had an idea to put them out as a book. Researching whether anything similar had been done before, I discovered Brainard and his book I Remember. Published in 1975, it’s a non-chronological string of memories set down as they came to him, each starting with the same refrain that Simone and I had used, but limited to what Brainard could recall of his life to that point. In 2010, Simone and I published our back-and-forth memory book under the title Made of This, with a nod to Brainard in the introduction.

I still have not met Simone in person, nor do I feel the need. But I’d give a lot to meet Richard Brautigan. Unlike with Harrison, I never came close.

On an impulse, I sent Harrison my essay chapbook, a collection that includes an overly sentimental piece about childhood and my missing father. In a note I mentioned that episode in Paris when our paths crossed, or almost. Harrison wrote back. “Of course you should have said ‘hello’ in the railroad station, as when abroad I get terribly fatigued when speaking pidgin French.” He added that he was “mostly answering because I liked that piece you wrote about your dear old Dad.”

Dear old Dad. I started this essay you are reading on a gray, rainy Saturday exactly ten years after scattering his ashes into the ocean at Bolinas, which took place on another gray, rainy afternoon: my 50th birthday. Gusts of wind made the job harder, and lent a lugubrious tone that Brautigan would have appreciated.

A paraplegic in his final years, my father said he never wanted to live past 50, but he did. Unlike Brautigan, who exited just a few months short of the mark. In the years after his death, tributes kept showing up. They still do. There was even a literary magazine in the early 1990s (I didn’t find out until after it was defunct) called Kumquat Meringue, dedicated to Brautigan’s memory. It originated, of all places, in my hometown: Rockford, Illinois.

Some people are different without trying to be, as Brautigan seemed to understand across the centuries in both directions from his too-brief, storm-tossed life. His mortal valves wide open, he knew the way in which, as Creeley said, things move. How a corresponding thing touched here in time and space moves elsewhere – a twitch or pang – as if severed yet somehow together. Others looked where he looked, not seeing what he saw. I remember.

Randy Osborne’s personal essays have appeared in various online literary journals, print anthologies and several have been nominated  for the Pushcart Prize. He lives in Atlanta.