I once borrowed a year.

It was the year following my boyfriend’s sudden death.  He died from a heart condition while running the half-marathon on the south side of the city.  We had been together for five years and lived together just nine months. Zach’s absence was, still is, enormous. 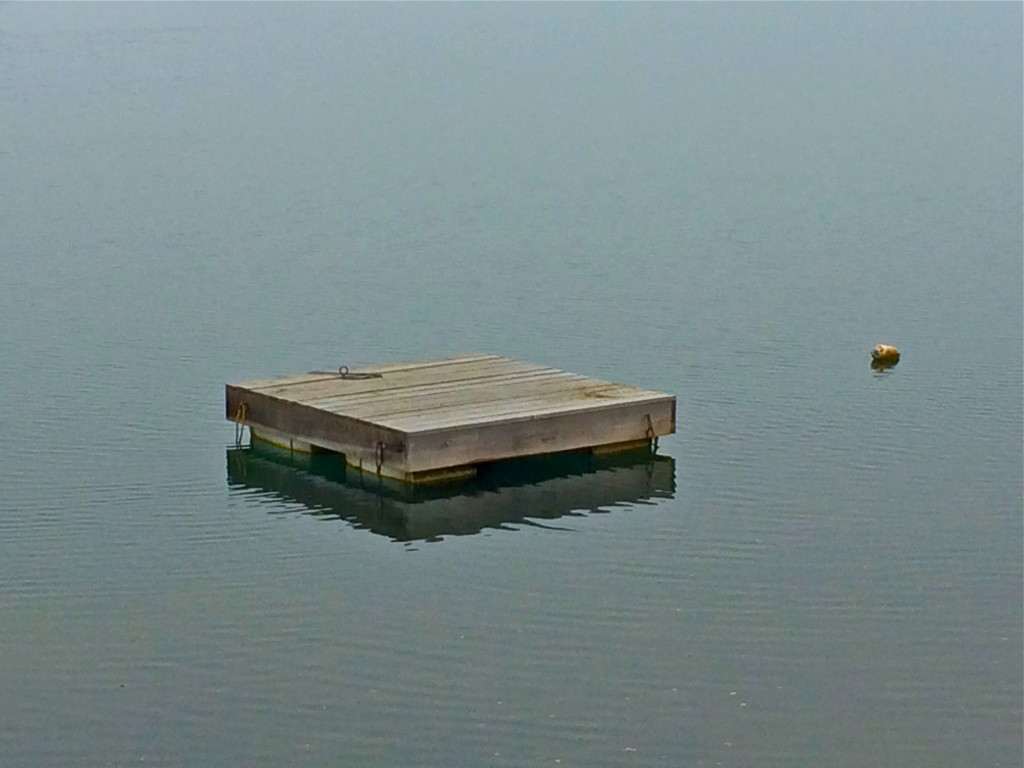 They talked about how proud he must be of me. What they don’t know is that it has nothing to do with strength, but rather a lack of choice.”

So, I borrowed a year.  If I was tired, I canceled any plans I might have and took a nap.  I was social when it sounded good to be out with people. I cried alone in public regularly and unapologetically.

But I was exempt.  I was exempt from the social pressures of going to everything and being everything for everyone.  I was merely surviving, so I got a free pass to opt out of the madness.

Grief and mourning and suffering and loss – whatever word you choose to describe the experience of someone being axed out of your life – is not at all what you expect.  This may seem obvious, but I’m talking about the absurdity that comes with it. No one knows what to do with themselves so everyone over compensates.  Either they are devout in their solemnity, unable to relax around you, or they are too eager to prove nothing has changed, unable to acknowledge that your life has been shattered. No one can find that middle ground, that sweet spot of sadness. No one says, “What has happened is horrifying.  And I’m grateful that a well-timed joke (particularly a morbid one) still makes you laugh.” When your life is unrecognizable, your behavior, and the behavior of those around you, soon is as well.

One of our friends showed up at Zach’s funeral as high as a kite and couldn’t stop herself from slapping my ass and laughing hysterically every time she walked past me.

Zach’s crazy ex-girlfriend took to messaging me about “our loss.”  I dismissed these emails and planned to hide from her at the funeral. But as I approached the reception following the service, I saw her out of the corner of my eye, marching, furiously towards me.  Before I could even murmur, “Oh shit,” she grabbed me. Taking my hands in hers, she looked straight into my eyes, and said, “We will get through this together.” I had never talked to this woman in my life.

Throughout all of this, Zach’s family was very into the retail side of death. They printed his image on a variety of materials and labeled it a tribute. His cousin took to drawing caricatures of his face and printed it on t-shirts.

I finally called my sister-in-law, Anne about it, “This t-shirt thing is way too weird.  I can’t have his cartoon face staring up at me from my drawer – you’ve gotta take it.”

“No way!” she said. “I don’t want that weird stuff in my house either.  And I already have my own t-shirt.”

“Well what the hell am I supposed to do with it?  I can’t donate it, God, that would be so weird. I don’t want to just throw it away.”

She relented, “Bring it over. I’ll take it. I’ll figure something out.”

“But what if they ask me to wear it to something?”

It was four, actually. Four t-shirts. The wristbands his family had made were nice; I liked having one despite never wearing it.

“What’s your wristband for?”

“My boyfriend who died.”

I wasn’t going down that road.

I really disliked the prayer cards at first. I wish this was an exaggeration. For whatever reason, they just really pissed me off. The final straw in a long line of things I thought Zach would have hated.

His boss liked putting Zach’s name on everything. He had t-shirts, long-sleeved shirts, and wristbands made for Zach’s coworkers who were running the marathon that year. He had a quote saying, “Let’s get after it!”  attributed to Zach, that was broadcasted on one of the jumbo-trons blasting advertisements during the marathon. He created the Customer Service Award in Zach’s honor for their physical therapy company and talked about renaming the race itself.

But who can blame him?  He, like everyone else desperate to preserve him in their own weird way, loved Zach.  But I was the one who lost him.

That year, each time I saw someone for the first time, it was spent accepting condolences and describing how I was doing.  This meant that I unsuccessfully tried to convince them that I was not on the verge of jumping off a bridge. As I launched into this memorized reply, they gazed at me with that dreaded look of pity. I repeated this exchange dozens, hundreds, thousands of times over the course of the year.  I was forced to submit to this dance not only for everyone I knew, but everyone Zach knew as well. I listened as they praised my strength and my decision to honor him by running the race he died in. They talked about how proud he must be of me. What they don’t know is that it has nothing to do with strength, but rather a lack of choice. There is really nothing to do but continue. What they don’t know is that I ran that race for myself, and that Zach was surely laughing as he watched me cringe at all of this attention I was getting. What they don’t know is that as they spoke, I thought about writing a guide to surviving that dreaded look of pity.

People wanted to see the pain that I was experiencing. It was as though I somehow wasn’t grieving appropriately because they weren’t witnessing it. As though I was going about it all wrong. As though their presence for my darkest moments – collapsed on the floor, raw, sobbing, utterly lost – would somehow make my stages of grief more correct.

For me there were three losses. The loss of the future I thought I’d have, the loss of the man himself, and the loss of the couple that we created. These losses are distinct, and I mourned for each in different ways. It was a triangulation of loss that I was trapped within, feeling around, recoiling from wound to wound.

The worst part is that I knew that the pain would not – could not – actually kill me. It could continue for whatever duration it pleases and at whatever intensity it chooses. And I would bear it. The knowledge of this is as excruciating as the experience of it.

About six months into that year, Anne called me.

“I keep thinking about the race. I think I’m gonna have to run the damn thing.”

“Jesus, Anne. Why did you say that out loud? I’ve been avoiding that thought for months.  Now we’re gonna have to run it!”

At that point, I was a regular runner, but never farther than three miles at a time. Not only did Anne not run, but she did not exercise. Period. We reluctantly agreed to do it together. We had six months to turn ourselves into long-distancers.

Both of us hated it the entire way. We never talked about the race, only the damn race or the damn run. We lamented handing over our Saturdays to longer and longer stretches of running. We traded podcasts that seemed to help pass the time, or at least last longer than an hour. We agreed that there was nothing worse than your phone running out of juice before you reached the halfway point. We both admitted to cheating.

A few months before the race, Zach’s boss called me.

“I have a friend at the Trib. He said they could run an article about you running the race. You know, it’s an amazing thing that you’re running the race he died in just one year later.”

I finally cracked. “No,” I whispered into the phone. “You will not take this from me. This is mine. Do you hear me? This race is mine, don’t you dare take this from me.” He was baffled, apologetic, and reassured me he would never do something I wasn’t comfortable with. He never brought it up again.

The day of the race, Anne and I still hated it, really wanting to just get it over with already. We ran the entire thing, proud that we only had to stop to use the bathroom, and never walking, not once. As we crossed the finish line, I cried. We hugged our family and then headed to the beer tent. Looking at the people around us, blissed out after another race completed, we took a swig of our free beers and agreed that they’re all nuts. We promised to never run that far again.

But as I ran the race, I kept a secret. I still had Zach’s bib from last year’s race. The one where he filled in the emergency contact information with my name and our address. So I wore his bib under mine as I ran, because he was mine. Because that race was mine. And because that year was mine.

Marta Wilmes is a writer and storyteller in Chicago.