My 22-month-old son scooted under the coffee table in my in-laws’ living room and refused to come out.

“No hay coño de sacarlo (Not a chicago exists to get him out of there),” exclaimed my mother-in-law, the same woman who can’t say “See you tomorrow” without adding “si Dios quiere” (if God wills it), who has a homemade sanctuary in her living room dedicated to Saint Angela of the Cross, and whose idea of a good film features a ten-year-old Joselito singing to sheep. 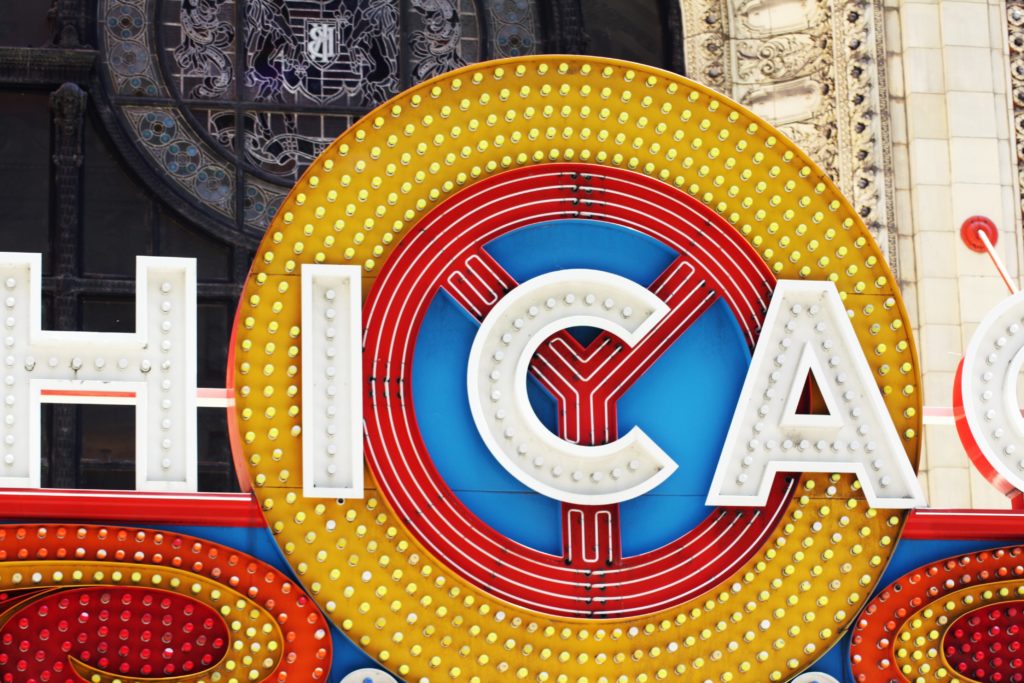 Just think of all the things “shit” can express in American English, depending on its tone – surprise, joy, rage, awe – not to mention that it can have the exact opposite meaning depending on which article, definite or indefinite, you put in front of it: “You are the shit” is a compliment, “You are a shit” an insult.”

I returned home with her phrase still ringing in my ears and expressed my bewilderment to my wife.

“I imagined a line of women approaching the coffee table one by one, lifting their skirts, showing him their chicagos, to see if one would entice him out.”

My media naranja’s (half orange’s) laughter cut me short.

“It’s just a manner of speaking,” she said.

“More or less like the other day,” I said, “when our little guy shot a stream of urine on your blouse and you screamed out, ‘Me cago en tu padre (I shit on your father),’ who happens to be me, in case you hadn’t noticed.”

“Qué hombre (What a man),” she said. “Siempre tomando las cosas al pie de la letra (Always taking the things to the foot of the letter).”

Well, yeah. As a permanent foreigner in Seville, Spain, I can’t help understanding the locals’ vulgarity literally. If a Sevillian says, “El jodido por culo, este. Qué escrupuloso es (Screwed in the ass, this one. How squeamish he is),” referring to my son, even if the words are expressed in the most affectionate possible tones, my ears start to burn.

Vulgarity is tricky. As an English-language teacher, I cringe at the wanna-be hot-shot students who trot out all the tough-guy talk they’ve picked up from “Grand Theft Auto” and original language versions of Hollywood films. So many subtleties of tone and emphasis exist. Just think of all the things “shit” can express in American English, depending on its tone – surprise, joy, rage, awe – not to mention that it can have the exact opposite meaning depending on which article, definite or indefinite, you put in front of it: “You are the shit” is a compliment, “You are a shit” an insult. The poor student, eager to shine and at the same time be hip, ends up looking like an ass.

Just like I would look, if I ever tried to blow off steam with Sevillian expletives. For example, I get confused between the phrases “hijo de la gran puta” (son of the great whore) and “de puta madre” (of mother whore). Just like “a shit” and “the shit,” they have completely opposite connotations. When your soccer team scores a sensational goal, you say, “mother whore.” But when you find out that an off-sides call has nullified that goal, you say, “Son of the great whore.” But, in a house of prostitution, the great whore could be the same as the mother whore, right? For having thought this, the two phrases now get mixed up in my head. If I made an attempt to express my disgust or delight using Spanish vulgarity, surely some hybrid of the two phrases would emerge, something like “Son of the mother whore.” The equivalent in English would perhaps be “Mother bitcher.”

I used to consider hip hop innovative for its way of using foul language to express, of all things, tenderness. When the rapper Method Man, playing the role of prisoner in his song, “All that I Need,” sings to his neighborhood sweetheart, “Keep ya pussy tight, alright?” it sounds to me like an aching appeal for fidelity. I suspect that this rhetorical device was being employed by Sevillian little old ladies centuries before the United States even existed.

“¿Qué pasa, churrita (What’s happening, weenie)?” Isabel from next door asks my son. If my little guy then does something adorable, he’s likely to hear, “Que te como los huevitos (I eat your little balls).”

How many times have I had to hear a Sevillian, after taking the liberty to pick my boy up off the ground, bellow out, “Qué bonito eres, coño (How beautiful you are, chicago).”

The free and almost ubiquitous use of “coño” is the most difficult Sevillian verbal quirk for me to assimilate. If my mother heard me say the English equivalent in public – “cunt,” to stop beating around the bush – she might faint. No matter how often I hear the word used in the street, emerging from the mouths of grandmothers, children, teachers, and even priests, my ear refuses to become desensitized. I’m quite aware that, nine out of ten times, the Sevillians use it to communicate their signature irony, or to emphasize a point, not even thinking about the object it’s referring to, nonetheless the word always comes across to me “en carne viva” (in living meat) as the Spanish like to say, meaning raw.

To those who use “coño” to stress how beautiful they think my son is, I want to say, “Look, it’s not like I have anything against chicagos in general, or that I don’t consider them beautiful in their way, it’s just that chicagos and my son pertain to different kinds of beauty, so much so that the one type of beauty makes it hard for me to think about the other type of beauty. See what I mean?”

Probably not. I’m just going to have to get used to it. A young waitress in a café says in a loud voice to her co-worker, “Me encanta, coño (I love it, chicago),” but I hear the phrase without the comma, “Me encanta coño (I love chicago),” and feel myself blush. We folks from the States will occasionally respond to a preposterous comment by exclaiming, “My ass.” The Sevillian equivalent is to say, “El coño de tu hermana (The chicago of your sister),” and I have to make a concerted effort not to imagine it, over 3,000 miles away, perhaps birthing another baby. Spaniards use “en el quinto pino” (in the fifth pine) to mean “in the boonies.” The Sevillians put their own special twist on this idiom:

“Aparqué en el quinto coño (I parked in the fifth chicago),” says an otherwise distinguished lady to explain why she’s late to my class.

Standing at the blackboard with chalk in hand, I find myself imagining five chicagos big enough to have clearance.

Perhaps at this point the reader is “hasta el coño” (up to her chicago) with the four-letter word in question. So let’s sum up. The Sevillian equivalent of “What do you [expletive] want?” is “¿Qué coño quieres?” literally, “What chicago do you want?”

My wife’s, thank you very much, because it never lets me down and is always calling me home. All the rest just make me smile like a clown.

John Julius Reel, born and raised in Staten Island, NY, has lived for 12 years in Seville, Spain. He is the author of a memoir in Spanish, ¿Qué pinto yo aquí?, and has collaborated as both writer and editor in El derbi final, an award-winning book about the Seville soccer derby. His essay, “My Darlings,” was recognized as “notable” in Best American Essays 2015. Reel’s Sevillian andanzas have appeared in Cleaver Magazine and Gravel.