My sweetheart and I argue about checkmarks. A lot. More than any couple’s therapist might think normal.

She says my checkmarks are written backward. Her tone suggests that this crime in notational marginalia is not just physical, but intellectual, even moral. It’s true that I do make checkmarks with the shortened barb facing the text, not outward towards the margin. I see it as a more precise way of identifying the line or word I want to note for later reference, as if the shortened barb were securing the line in place like a fish hook. 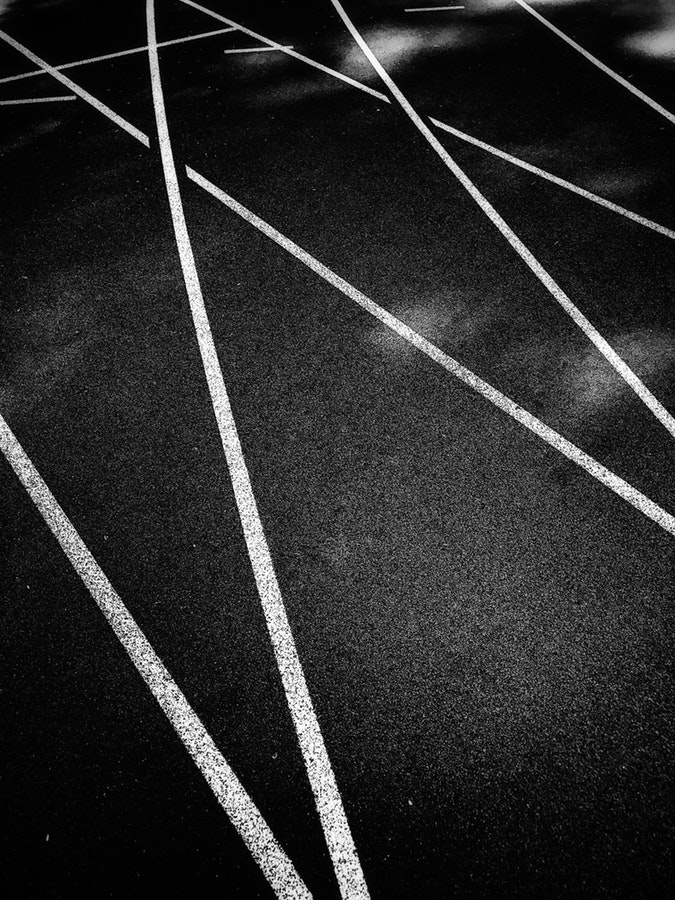 … what I found there startled me. All of my checkmarks had been crossed out. Not just crossed out, but blotted out with heavy black ink. It looked like a classified government document with impenetrable redactions. You could see the fury in these violently hooded checks.”

I read a lot of books, magazines, newspapers, advertisements, calendars and television schedules and with so much information to keep track of, I believe that I have developed a more efficient method of processing that information. The outward-facing checkmark is often ambiguous in placement, leaving the reader to guess if it’s noting any one of three possible lines of text. Such precision is vital, I would argue, especially in this era of rampant fake news and inflated pronouncements flooding the world of print.

The Romans invented the checkmark. They used a “V” for veritas (true) to confirm items on a list including, one imagines, sacks of grain to feed starving citizens, lions imported for the circus games, and rival senators proscribed for execution. Like all autocratic empires, Pax Romana appears to have conquered the known world with meticulous record-keeping as well as hardened Legionnaires.

Over time, the “V” evolved into the truncated slash mark with the barbed tip we all recognize now, as harried list-keepers with inventories massive (see grain for restless mob) and selective (see endangered senators) shortened the left prong. This abbreviation resulted, too, from rudimentary ink pens that needed space on a papyrus scroll to warm up before leaving a mark.

So, it appears that the checkmark’s shortened, outward-facing barb became the universal posture through administrative practicalities and design flaws in writing implements, not some sacrosanct principle of correctness.

But try telling that to her.

She argues that, for her, the problem is not one of efficiency or accuracy, but one of neurology. My backward checkmarks scramble her brain and make her eyes hurt. I’ve yet to see any medical studies documenting this condition, and if I had, you can bet I would’ve noted the relevant data with my surgically precise checkmarks which would just prove my point about the need for graphic accuracy.

You may wonder why she feels the need to comment on my checkmarks. Reading is, after all, a solitary practice, not a collaborative project that requires group planning and compromise. But, we live in different locations and share reading materials on occasion, and I admit that it was presumptuous of me to litter one of her books with my medically-risky checkmarks. So, out of respect for her sensitive brainwave patterns and because I consider myself a supportive partner, I agreed to refrain from defiling her books with them.

Wasn’t that nice of me?

But no, it wasn’t nice enough. She started complaining about nonconformist checkmarks in my own reading material. Rather than change an entrenched and comfortable habit built over decades of reading, I refused to give in. I’ve been flipping my freaking checkmarks for as long as I can remember. I did a little research and discovered evidence of this habit stretching back at least to my college days. A copy of The Iliad from my Classics Lit course has more rebellious checkmarks than Trojan arrows shredding the skies. If I were to change now, after nearly a lifetime of this writing habit, what damage might I be incurring for my own neurological welfare?

The solution was a simple one, of course: I refused to lend her any more of my books. That might sound petty and vindictive, but I would argue that there’s a larger principle at stake here: censorship. Oppressive, controlling censorship.

But I’m a reasonable man. Things came to a head when we agreed to share the cost of a subscription to The New York Review. I was going to let my subscription lapse when it got too expensive. I often shared ideas taken from its pages during our dinner conversations, which my sweetheart appreciated because her job was so demanding that she had trouble keeping up with national and global news, and the latest book reviews. Therefore, she generously offered to split the cost of the subscription renewal. Under one condition: No more delinquent checkmarks.

It was an egregious case of domestic and journalistic blackmail! She was taking advantage of my journal addiction. At first, I refused, even when she wrote a check for half the amount and dangled it in front of me. My checkmark usage was particularly important, even crucial, in this particular journal, as I liked to preview the table of contents and mark the articles that interested me. Regardless, I caved when she threatened to tear up the check. I confess: I sold out my graphic principles.

But not right away. The habit was so ingrained that I continued using backward checkmarks without even thinking. It was just automatic. Then one evening, I was at her house, flipping through a recent edition of The New York Review that I’d passed on to her after reading it myself, per our agreement. I was looking for an article with a quote I really liked. I went to the contents page and what I found there startled me. All of my checkmarks had been crossed out. Not just crossed out, but blotted out with heavy black ink. It looked like a classified government document with impenetrable redactions. You could see the fury in these violently hooded checks.

That got my attention. To be honest, it scared me. I felt like one of those Roman senators who discovered his name on an enemies list of targets. The famous orator Cicero was put on such a list by the conniving triumvirate of Octavius Caesar, Mark Antony, and Marcus Lepidus for daring to oppose their power-grab. His assassins cut off his head and hands, a final insult for his habit of making dramatic hand gestures while giving a speech. Antony’s wife, Fulvia, hated Cicero so much for having suffered his scathing wit that she had his tongue pierced with a needle.

As a result of this disturbing alert, I’ve made a concerted effort to retrain my checking habits. But it’s hard. Really hard. I have to force myself to concentrate, squeezing the pen like a first-grader learning penmanship. After just a half hour of reading and checking, my hand starts cramping, and then I get resentful. But a few deep breaths and some hand flexing calms me down, and I remind myself that over the course of a long, committed relationship, one must make compromises. As Shakespeare says, “Let me not to the marriage of true minds / Admit impediments; love is not love / Which alters when it alteration finds.”

It’s still a struggle to flip my checkmarks, but whenever I catch myself backsliding, I see Cicero’s dismembered hands hovering over the page, a bloody index finger tapping a recalcitrant slash. And when I get an urge to renew the argument, I bite my tongue, which I figure is a lot less painful than a needle.

Tom McGohey is a retired professor who taught composition and directed the Writing Center at Wake Forest University and lives in Newbern, Virginia. His essay published in Fourth Genre was selected as a Notable Essay in Best American Essays and was nominated for a Pushcart Prize.

One thought on “Cicero’s Hands”