I have a feeling that one day an Uber driver is going to say something that unlocks my understanding of my place in the universe. Some offhand comment that makes all the pieces of my life seem like part of the same thing. Oh, I’ll think when he says it. That’s what all this random shit has had in common. I am sure that this information will come from a stranger. Every time I get into an Uber I think, are you him? 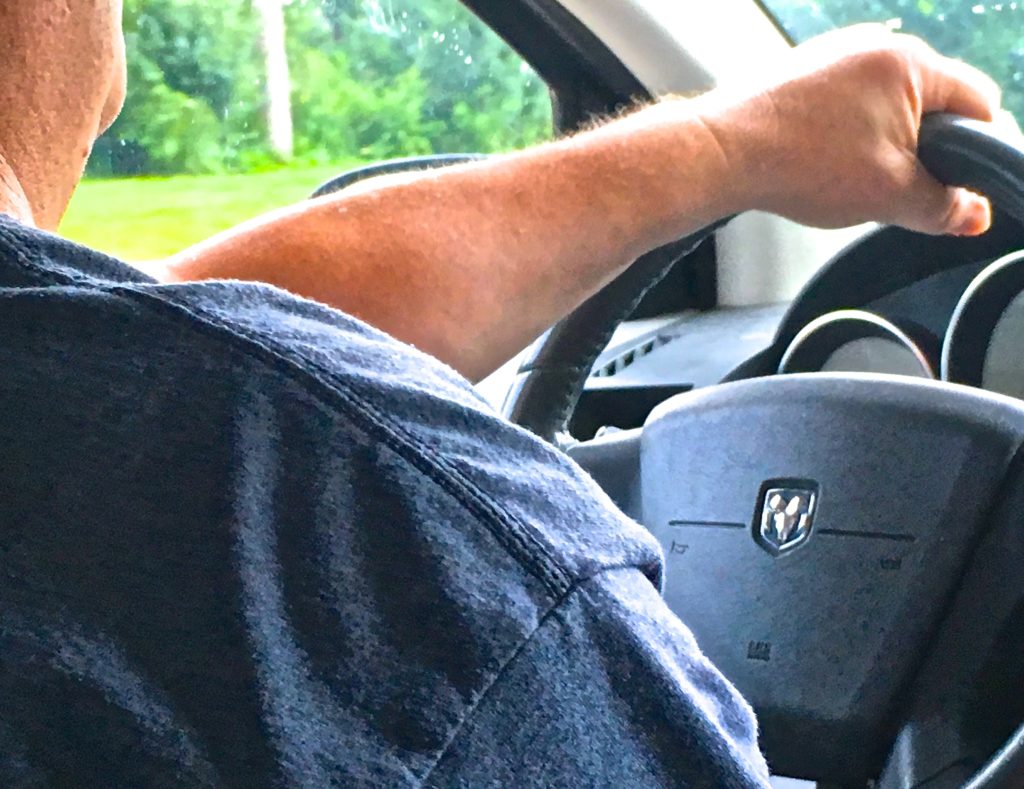 Most of our fights happen in our heads. Most of our love happens there, too.”

Friday night. My first Uber driver took me from one side of uptown Dallas to the other. $4.75. My friend Matt was back from Los Angeles and he was waiting for me at the Uptown Pub. I was getting drinks with Matt and then meeting some friends at a concert in Deep Ellum. The Uber ride took five minutes. The driver, Will, in a Blue BMW X1, asked if I was going to watch football this weekend. He looked at me in the rearview mirror, a middle-aged black man with thick black glasses. His car smelled like old fast food. Purple tint was peeling off the back window. I lied and said yes just to keep the conversation moving. I looked out the window at all the uptown people. Girls with fake diamonds on the asses of their jeans.

I got the feeling he had been wondering for a long time. I didn’t know how to explain it to him. I barely understood it myself.

“It’s a whole thing,” I said, and that seemed to be enough. He nodded and moved the map around on his phone. My destination was coming up on the left.

My wife, J texted me. She had a headache and wasn’t coming to the concert. I texted back, “Feel better,” but what I was really thinking was of course she’s not coming, she never comes, I am basically living my life alone.

“I’m a Packs man,” my Uber driver said to my reflection in the rearview mirror.

I thought he said Pac Man.

“Packs man. The Packers. But I’m not optimistic.”

“You never know,” I said. I didn’t know what we were talking about.

“Maybe I should try this fantasy of yours.”

“Maybe,” I said. “It doesn’t seem to be working out very well for me.”

Will dropped me off outside the pub. He said, “Good luck,” and I realized he was talking about fantasy football. I gave him a five-star review and found Matt in the back corner of the pub. I ordered a shot of Makers and a Sierra Nevada Pale Ale. Then I ordered another Makers. Matt told me about his apartment. People are always telling each other about their apartments. And then we talked about the future of interactive advertising. I asked Matt if he wanted to go to a concert with me. I didn’t want to go alone. There was a running joke that I’d made my wife up. Matt said he couldn’t go. He was meeting some friends for dinner at the Mexican place across the street. I felt a stab of rejection and swallowed a little more whisky. I wished I hadn’t asked.

My second Uber driver picked me up in the CVS parking lot. I thought it would be easier for him to pick me up there but I was wrong and he circled the block twice before he found me. Harold. Red Hyundai Sonata.

“Just met some friends,” I said, trying to find where to plug in my seatbelt. “Now I’m meeting some other friends.”

I wanted Harold to think I had about a million friends.

“Elm Street?” He said, poking at his windshield-mounted phone.

We drove across town. $5.06. The cars changed from Audis to Toyotas. The road got bumpier and narrower. Homeless people shuffled from trashcan to trashcan pretending to accomplish tasks. Completing their rounds. I said it was a relief to get out of Uptown.

“These SMU kids with their Porsches and their Mercedes, man.”

“The guy I picked up before you said his parents gave him seventeen million dollars to help him get started out of college.”

“My parents gave me a slap on the ass and a good luck.”

“Same here,” I said. Actually my parents gave me ten thousand dollars and a used Honda Accord but still I felt closer to Harold than I did to a guy with seventeen million dollars. Or maybe I just didn’t want to admit that this mediocre life I’d put together was given a head start.

“You look like you’re doing alright for yourself,” I said. I looked around his car like it was proof. The leather seats.

“People do what money tells them to do,” Harold said. “It’s like training a dog. We repeat the behaviors we’re rewarded for.”

“I started working in advertising six years ago,” I said. “Now I’ll never get out.”

Harold snapped his fingers. “There you go.”

We only drove for ten minutes but by the time we got to Deep Ellum it was dark. The clubs on Main Street were glowing. Deep Ellum smells like hot sugar and cigarettes. A smell that reminds me of the Texas State Fair. Clubs keep their doors open to lure people inside. Walking down Main Street is like scrolling through the radio. Rock, Jazz, Hardcore, Folk, Country. Cars drive five miles an hour and people take their time crossing the street. My friend was playing a show at Club Dada. I went inside and bought a drink at the bar. Jack and Coke in a clear plastic cup. I gave Harold a five-star review. The place was mostly empty. Someone slapped me on the back and I turned around and it was Jordan.

“I didn’t know you were coming,” I said.

I texted J that I loved her and she texted back I love you too. Most of our fights happen inside our heads. Most of our love happens there, too. Acts of imagination and fantasy.

Jordan left and I went back inside the club. A band was playing that I’d never heard of and would never hear of again. Five people were watching. I drank a lot of vodka. The lead singer thanked people for coming out. Somebody whistled from the back of the room. The last song they played was as good as anything I’d ever heard on the radio, something really special.

My third Uber driver picked me up outside the club. Chun, White Nissan Pathfinder. A middle-aged Taiwanese man in a form-fitting suit. He asked why I was going home so early. It was 1:30 am.

He said yes, this was very early. “Want me to drop you off there?”

He pointed to a club with shiny silver walls. I asked if it was a strip club. He said no, it was a regular club. “But you can find plenty of girls to fuck there no problem,” He said.

He shrugged and sped up onto the highway.

“You’re smart,” Chun said. “You have to be careful not to fuck too much. My wife and I fucked too much. Then she couldn’t get pregnant. I used up all my sperm. So we stopped having sex for three months while I practiced karate. Then, first try, she gets pregnant. Now we have a little boy. Three years old.”

“Do you want to know the secret to having a boy?” He said.

“Wife on top. That is the secret to having a boy. Wife on top. Do you understand what I am telling you?”

“And do you want to know how to have a girl?”

“Doggie style,” He said. “You must fuck doggie style.”

“Where did you get this information?” I asked.

“Tai Pei,” he said. “It’s all true. Now I’m driving Uber to pay for college for my son. I am saving up two hundred thousand dollars.”

I hoped J was still awake.

Chun pulled into my apartment complex. For the first time in awhile I thought about how nice my apartment complex was. Full of SMU students who drive Porches and Mercedes. We all share an address. Before Chun let me out of the car he turned around. “Tell me. How do you make a boy?”

I said, “The wife on top.” The words felt sticky in my mouth.

Mike Nagel’s work has appeared in The Awl, Hobart, Salt Hill, and The Paris Review Daily.