I first saw the unlucky number 169 taunting me in the newspaper on July 2, 1970 under the headline, “Results of Draft Lottery for Those Born in 1951.”  Of course 169 was unlucky. It’s 13 squared. Worse, it was not a high enough number for me to exclude the calamity of being drafted after I graduated college. The induction possibilities ran from 1 (likeliest) to 365 (unlikeliest). 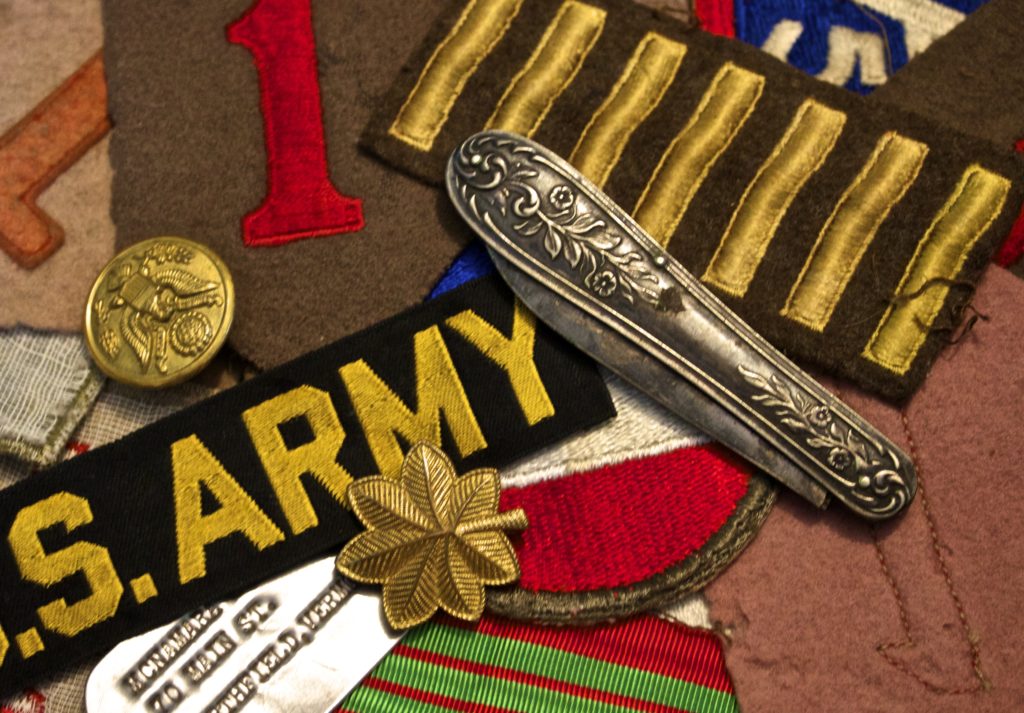 He had been my Greatest Generation father. Now maybe he wasn’t.”

I was 19 years old and barely surviving college. Scared of heights and lacking alcohol-infused courage, I had already chickened out of my fraternity’s water tower climb. I couldn’t imagine tumbling into the basic training rabbit hole, populated with sadistic drill sergeants and teeming with opportunities to become maimed, mentally or physically, by live bullet obstacle courses and 50-mile hikes. If I survived boot camp, there would be a possible trip to Vietnam. Even the National Guard option, the best case scenario in my mind, would be a direct grenade hit to a smooth young adult existence with six months of active duty and five years of potential call-ups.

I turned to my father for solace regarding my lottery number. He was a World War Two veteran. But he was a vet with no front yard flagpole, so I didn’t expect him to go patriotic on me. He said, “Don’t worry. The way your left foot sticks out, you’ll never pass a physical. Then he introduced a backup plan. “I have connections. We’ll find some way to keep you out.”

I had no doubt that my father could orchestrate a draft-dodging episode for my benefit. He was an “I can get it for you wholesale” type of guy, a master parking ticket fixer, but I hoped I would never have to use his abilities for draft avoidance.  “4F” for medically unfit because of a skeletal defect would be preferable. But I was still a little surprised that he unabashedly offered to keep me out of harm’s way.

As much as military induction was nightmarish to me, it was not my dream to dodge the draft. I was no pro-war hawk, but the war was not Mr. Johnson’s War. It was America at war.

The Cambodian Incursion and the tragedy of four Kent State war protesters killed in 1970 had filled my college gym bleachers. We listened to faculty clamor for a vote to shut down the school and join the surging anti-war tidal wave. As I sat there with my conservative fraternity brothers, I felt more like an observer than a participant. The vast majority of my classmates applauded the pro-strike speeches with pep rally fervor. Certainly, it looked like the work-shirted professors were preaching to the choir. But the rhetoric didn’t sway me. Short of a mononucleosis outbreak, I wasn’t going to vote to close down the school.  My parents had paid for me to finish the semester and suffer through finals. Sure Vietnam was a quagmire, but in my mind, it was not enough of a disaster to sink a whole college semester.

Shortly after the rally in the gym, the entire school voted on whether to strike or not. The final tally was 1010 pro-strike,117 anti-strike and 32 abstentions. I was one of the abstentions. I was just being myself, someone who was not politicized enough to obscure his own feelings. But being 169 would haunt me more, as I could not envision potential draft evasion as an act to save the country from itself. It would just be an act to save my frightened ass.

On January 27, 1973, Nixon announced the end of the Vietnam War. The draft was over and so was my keen personal interest in the war.

It remained uninteresting to me for the next 40 years. I didn’t stock my shelves with Vietnam War histories or memoirs. The only remnant of those years was the unfairness of student deferments.  Every matriculating student who was healthy should have been draft eligible.

Then, my father, who was 93 at the time, reframed my Vietnam-era memories.

We were in his assisted livingroom suite talking about his World War II days, where his memory was most fertile. He was telling a story about how his uncle knew this army officer who could ensure cushy clerk-typist military assignments or better yet, no assignments at all.

“Eventually, this officer got caught,” my father said with a trace of regret, implying that this crook could have helped him. He then went on about how he proactively tried in vain to get out of doing service time during the war, searching for a someone with selective service connections to help in this quest. It didn’t appear that he wasn’t ashamed of these draft dodging activities. It appeared that he was only disappointed that he couldn’t pull it off.

He had been my Greatest Generation father. Now, maybe he wasn’t.

I Googled “attitudes of conscripted men WW II” hoping to find some sort of cover-up in down playing draft dodging inclinations, but I didn’t find anything.

In my father’s obituary in The Boston Globe, there was no military star next to his name. I had forgotten to tell the funeral home to include it. My father might have gone in the service reluctantly, but he earned his ruptured duck, his honorable discharge pin.

And all I earned was a college sheepskin.

Bill Levine is a freelance writer residing in Belmont, Massachusetts. His essays have been published in Animal Wellness, The Boston Globe and Praxis Literary Journal.