One sunny Monday, moments after I pick up my toddlers from preschool, hand them each an apple and tell them to go play in the backyard, I hear the screech of tires on pavement. 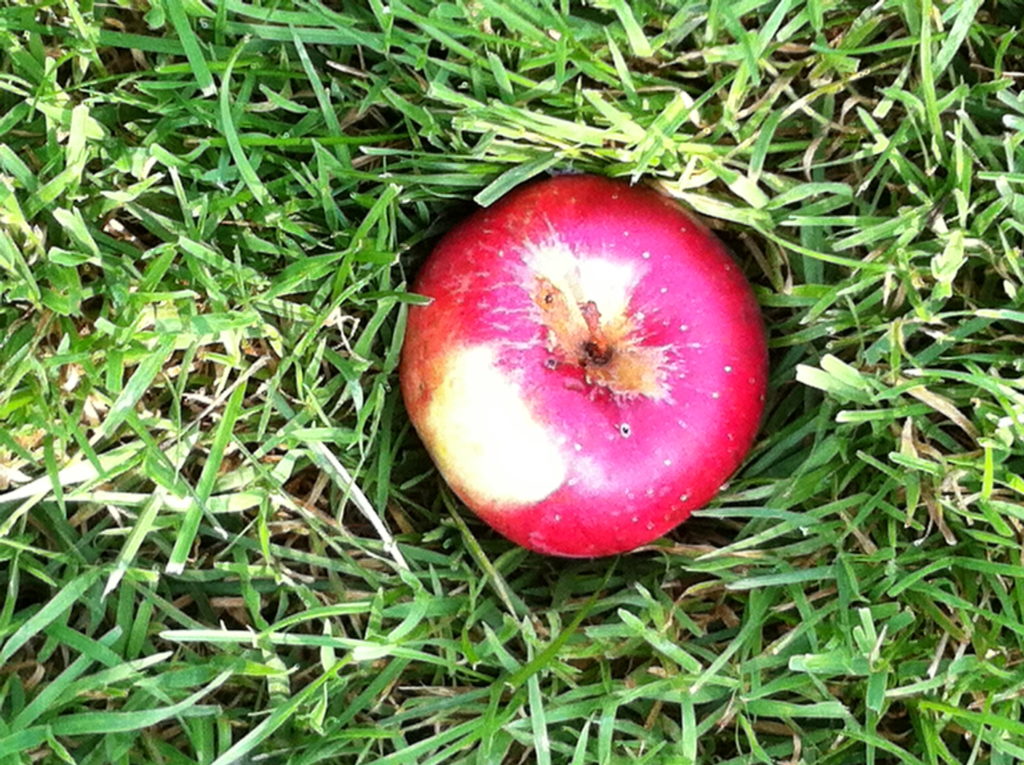 They are criminals who could have killed my children. They are also children themselves, their cheeks still round and smooth.”

Then, an explosion. Billows of gray dust float over my yard, a debris field of concrete, metal, and glass. My body clenches. Fifty feet of our wall is obliterated. At ground zero: a crumpled white BMW, nestled against my children’s swing set.

“Where are you?” I scream through the dust. There. They’re safe by the house, mouths agape, apples on the ground by their feet.

I turn my attention to the car, expecting blood, tangled limbs, wailing. Instead, I find a pale, lanky, teenage boy, drunk and high and climbing out the driver’s side window.

Two more teens tumble out the passenger window, thin lines of blood trickling down their cheeks, cell phones in their hands, texting and cursing.

I didn’t want to move to Arizona. It was 2010. The recession was deep. The climate was boiling, and the ink was still wet on SB 1070, the anti-immigrant legislation that had all the good Coloradans boycotting. We crossed the Rockies for a job that promised security and comfort.

We bought a custom Spanish-style home below market value – not for its size or features – but for its proximity to a desert preserve etched with long ribbons of trails, reminders of home.

The day we moved in, my son cooing on my hip, my daughter riding her tricycle in circles, our new neighbor issued a warning: Watch out for the Mexicans.

“The Mexicans?” I asked, picturing a throng in sombreros marching down the well-manicured street like a mariachi band, like a welcome committee. I couldn’t imagine how this was dangerous.

“You know, the illegals,” my neighbor said, nodding to a white pickup truck across the street, a landscaping company’s logo on its side. Latino workers wearing spiked shoes shimmied up palm trees and trimmed the fronds.

They pillage the neighborhoods, he said. Your kids aren’t safe playing outside.

Never mind that he was paying those Mexicans to groom his yard and clean his pool.

I smiled and waved to the landscapers. I’m new, I wanted to say. I come from someplace different too.

I was in an accident once. Sitting in the passenger seat of an SUV, I remember glancing out the window and seeing the chrome grill of a large truck. Then sky, pavement, sky, pavement, and sky. My mouth, which I’d opened to scream, filled with chunks of windshield glass, like pebbles. Waiting for the ambulance, a kind stranger pulled debris out of my hair and offered me her canteen; it was then I knew I would be okay.

Reflexively, I ask the drunk teens if they want some water.

As they gulp it down, I realize my mistake. There it goes: coursing through their bodies, diluting the drugs, sobering them up before the police arrive.

“You know who could have been fucked?” I ask them. “My kids. You almost killed my kids. Then you’d be really, really fucked.” The teens squirm and stammer. Their discomfort pleases me.

I replay the tape over and over, panic and relief cresting and falling: Had we arrived home a couple minutes later, I might have turned my car directly into the BMW’s path. Moments sooner, my kids would have already been playing on the swing set.

Despite the water, the driver fails the breathalyzer, and a blood test confirms drugs, too. He’s pacing, tugging at his hair and cursing as the cops read him his rights. I wonder if he’s always so petulant or if it’s the drugs.

The next few days, reporters knock on our door. The image of my kids’ playthings covered in dust and glass makes for good television.

A 20-something brunette woman in a lilac suit wants my copy of the police report. It has the names and addresses of the teenagers. She wants to knock on their doors next.

I can’t articulate it at the time, but for the same reason I gave the teens water, I withhold the report.

They are criminals who could have killed my children. They are also children themselves, their cheeks still round and smooth.

Someone like me loves them and is wondering where she went wrong, how they could have ended up here.

It was never the Mexicans I needed to fear. Complacency, privilege, entitlement are more sinister.

“It’s a good thing your kids are so little,” the reporter says. “With any luck, they won’t remember this whole thing.”

With any luck, they will.

Gina DeMillo Wagner is an award-winning journalist and writer. Her essays have appeared in The Washington Post, Hakai, The Mid, Role/Reboot, and The Best of Philadelphia Stories.

One thought on “Homeland Security”