The first time I died I wasn’t ready to go.

Papou pulled me out of that thick fog, and said not yet, stern in a way I had never seen from him before. It didn’t scare me though. I knew. I knew what he meant. It wasn’t my time.

But I was so tired, and so beaten, so beat. And the lentil soup that Yiayia was stirring on the stove in the kitchen, that kitchen of hers, the smell of garlic and bay leaves and comfort, that she took such pride in, immaculate as it always was, the white ceramic tiles absolutely luminescent, perched high above Twelfth Street overlooking the steady stream of sleek eighteen-wheelers and stubby, grubby coal trucks that rumbled by outside rattling the windows and shaking the walls towards the interstate that stretched endlessly to a whole wide world beyond Eastern Kentucky, was too tempting, and Lord was I hungry. 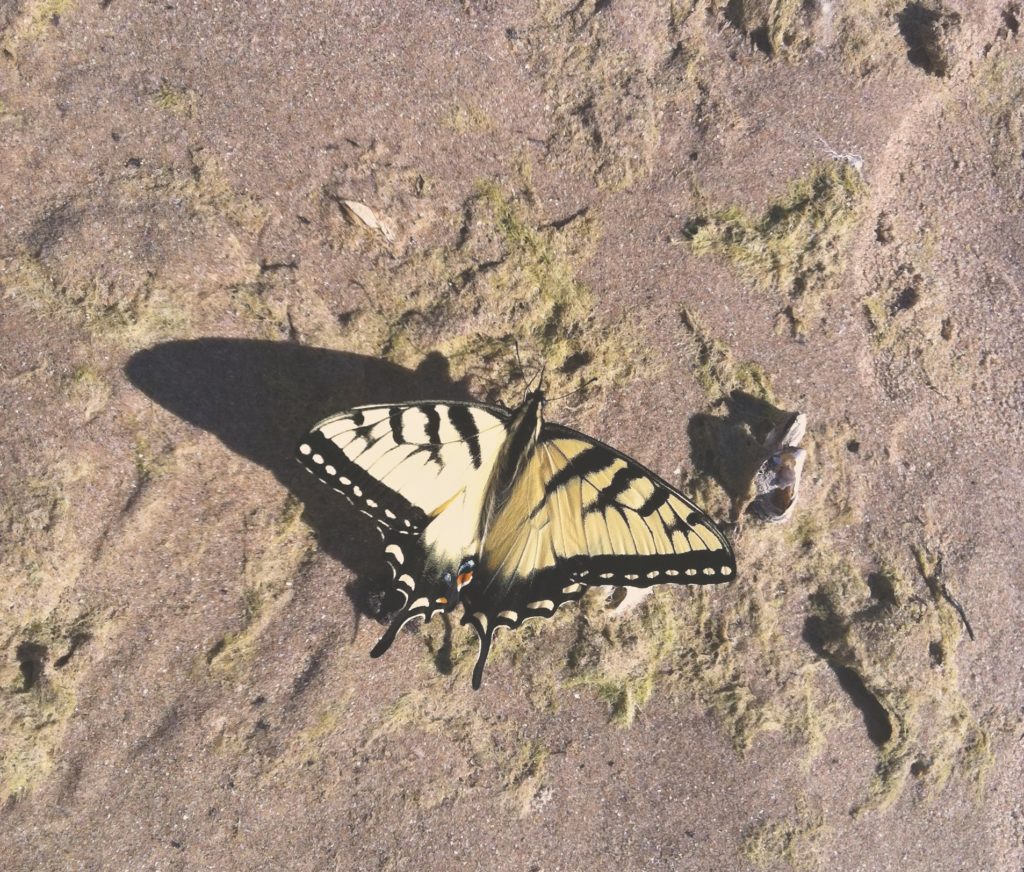 And the lentil soup that Yiayia was stirring on the stove in the kitchen … was too tempting, and Lord was I hungry.”

I hadn’t been eating. I couldn’t eat. That dreadful disease that the medicine couldn’t fix and the doctors didn’t know how to stop wouldn’t let me.

I was hungry but I couldn’t eat, and when I tried, everything came racing through me, scorching liquid tinged deep crimson, my insides melting, my intestines a sieve. Fifty pounds peeled off like nothing in three weeks. I could barely move, couldn’t sleep, dead on my feet. I was done. And all I wanted was to sit down at the shiny stainless steel and red vinyl breakfast nook, a remnant from the diner Papou and Yiayia used to own, where my dad and uncle worked as teenagers bussing tables and mopping floors weekdays after school and all day weekends, and hunch over that steaming bowl of salty soup and breathe it in, eyes glazed over, lazy grin, and slurp it up like my life depended on it, and it seemed like my life did.

All I wanted was a bowl of lentil soup in Yiayia’s kitchen, as Koukla, the cotton candy Maltese my parents got when my sister and I were finally out of the house, who never liked me nor I her, yapped away in that insufferable high-pitched bark of hers and nipped at my heels, the poor creature having long since passed from heart failure and had somehow ended up here, wherever here was. I knew where it was but not exactly how – a moment frozen in eternity, Papou and Yiayia’s old house, in Yiayia’s kitchen, the way it was, the way I remembered, when everything was alright.

How I longed for everything to be alright. But Papou said no, and he could be a real son-of-a-bitch according to my mom, but he loved me, I was sure he did, and I was in awe of him, everything about him – his broken English, his white buzz cut, his leathery skin from working in the yard, the dent above his left eye where he said a bird once pecked him when he got too close to its nest, his stories, how he had come over from Greece alone at thirteen, which I delighted in telling my young friends, flushed with pride as if it had been me but it never could be because I never thought of myself that fearless, the quests we went on during those magical summer afternoons to abandoned, overgrown parking lots to pick dandelion greens and bring them back crammed into teeming paper grocery bags so Yiayia could boil out the bitterness to have for dinner with thick-cut pieces of pink country ham and yeasty dinner rolls.

I knew he meant it, although I didn’t have to like it, and I didn’t, when Papou grabbed me by my boney shoulder, deceptively powerful and strong, especially at his age, which always seemed old, and told me as forcefully as I had ever heard from him, “Not yet.”

I awoke with a startle, in a sterile, confined space, tight and bright and antiseptic, a hospital room in the ICU, stiff and stuffed into a rigid bed, immobilized by sheets wound firmly around with what felt like a twenty-pound weight on my stomach, tubes jammed up my nose and down my throat and into the pin cushions that used to be my forearms, at a loss for anything that was happening, a beautiful, peaceful image scattering from my mind like sand blowing across the beach, reality, my new reality, seeping in, suffocating, to try and begin my life again.

The doctors never mentioned anything about where I had just been, or why, and maybe they couldn’t tell despite all the science fiction machines I was connected to. But I knew, and I was no longer afraid.

The first time I died, it wasn’t my time.

Peter J. Stavros is a writer in Louisville, Kentucky. His work has appeared in The Boston Globe Magazine, Hippocampus Magazine, The Courier-Journal and www.peterjstavros.wordpress.com.