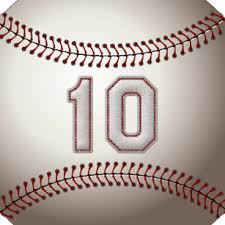 Celebrating a blogaversary. Next month marks the tenth year of publishing this blog. Like me, it has shape-shifted over the past decade. The titles – or lack thereof –  tell the tale. When I first launched the blog in June 2008, it was a nameless, online repository for a column I wrote for a parenting newspaper. A year later — with my daughters in high school and college and mother-mode still fairly front and center — it became PERSONAL SPACE, which reflected what I needed at the time. When the girls were fully on their own seven years later, the blog became fused with my writerly identity and writing process and became what you are reading now — EBB & FLOW. 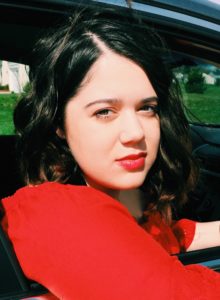 Your summer reading. The Summer Issue of Thread, the tenth issue, will bloom in June. Six essays on six threads in the patchwork of life. A Facebook friendship. The swing of a baseball bat. A Mexican blessing. Strip teasing in the car. No shoes and twenty-five dollars. A hawk’s stare. Like EBB & FLOW, Thread has grown into a harmoniously diverse chorus of voices which now includes the publication’s first editorial/production intern, Alexandra Yetter. Her keen eye and inquiring mind are already bringing a fresh energy to the issue under construction. A smart someone to run things by is a divine gift for the solo editorpreneur. For more about Alexandra, see the Contributor’s page.

A hometown horn toot. When I learned that I would be receiving Skokie’s 2018 Individual Award for Artistic Excellence, I had to read the email three times to fully digest it. Apparently, I am the first literary-type to receive this award —  voted on by members of the village board, including Mayor George W. Van Dusen — which I now share with some incredibly gifted visual, performing and musical artists. I’ll be receiving a certificate on June 4 and my name will be added to a permanent plaque on display at one of my favorite theaters in the Chicago area:  North Shore Center for Performing Arts. I am honored and awestruck that my community recognizes artists in this way. Stay tuned to hear about my future plans to give some of that love back. 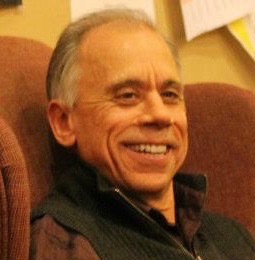 And a dedication. To Tom Wolferman — writer, reluctant storyteller and friend — who died, far too young, earlier this month. Tom was among a handful of writers to whom I reached out when I was launching Thread, asking for essays. When I first emailed him, he responded with this: “The potential not to squint in front of a mic with a death grip on five pages printed in 60-point font? Sounds intriguing.” The piece he sent, which ultimately became “The Paper Trail,” was about his copywriting exploits at a local newspaper in the 80s. In it, he refers to an “unsettling photo” that was taken of him in a corduroy bomber jacket, bell bottoms and a Walkman. When he sent the photo over, he wrote: “This pic is wrong on every level, but at least it validates that I am truthful in my nonfiction descriptives. Funk it up. Size it down. Add some red eye. Put it through 300 sepia filters that don’t make me look like a flunkie from ‘Welcome Back Kotter.’ I’m agreeing to this for the sake of art, right? Tell me it’s for art, Ellen. Regards, The artist formerly known as Tom.” His writerly voice was so sparkling, it ignited an email inbox. It’s dark right now where Tom used to be, but remembering him and reading his work keeps that light ignited. For those of us who deal in words, it’s a reminder that in addition to our lives, losses and loves, our work is our legacy.

8 thoughts on “Awards, Anniversaries, Dedications and Some Great Summer Reading”