Like thousands of other writers, editors and publishers, I have just returned from literary mecca, the annual conference for the Association of Writers and Writing Programs (AWP) 2015. This year’s festival of words was held in Minneapolis, which provided us with a moody range of weather-systems – rain, sleet and snow leading to 60-degree sunshine on the final day, beckoning us from the convention center to lie in the grassy park across the street. It was an appropriate reflection of what may have been going on inside the panels, readings, book fair and overly long coffee lines. It’s always an intellectual and emotional roller coaster.

I’d say more about the conference but Dani Shapiro captured it so beautifully in the New Yorker, I urge you to read it here.

I suspect that some of the ripest pieces will squeeze their juices into this blog over the next several months.

After these overstimulating literary events, where you feel like you are among “your tribe,” it’s easy to deflate just a bit upon returning home. But I caught a break this year. Just two nights after my return, essayist, novelist and short story writer Jo Ann Beard was in Chicago and I was determined to go.

What a treat to hear a favorite writer read her work-under-construction in a small, intimate space. The reading was held in a medium-size auditorium on the second floor of Columbia College Chicago with about 25 people in attendance. Beard read from a short story titled “Calypso,” that she said she was writing to teach herself something new, “because I’m weak on plot,” she said. Weak on plot, huh? Have you ever read “The Fourth State of Matter?” Though she does use a good bit of digression in her work – and this story had its fill – we were all riveted. 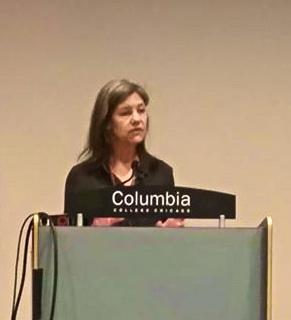 Next to hearing Beard read new work and sign my books, I was delighted to hear her confirm something I had heard about her creative process. It’s literary legend that she writes one sentence a day. I liked the thought of that; the respect it suggests for sentence building and what that says about the architecture of a piece. I wanted to hear it from the writer herself, so I asked if she thought of herself as a slow writer.

“Once I write it, I refuse to cut,” she added. “A sentence goes down and it stays there.”

After the reading, and as she was signing her name in my well-worn books, she used the word unambitious to describe herself. Beard has written two books in the past seventeen years and has published just a handful of essays and short stories. At a time when it’s so easy for a writer to get so many words out there, it’s refreshing – inspiring even – to hear a writer say that she isn’t interested in amassing a pile of words.

To me, her work is the written equivalent of handmade wooden furniture, long in the making but every inch of it, fine craftswomanship. 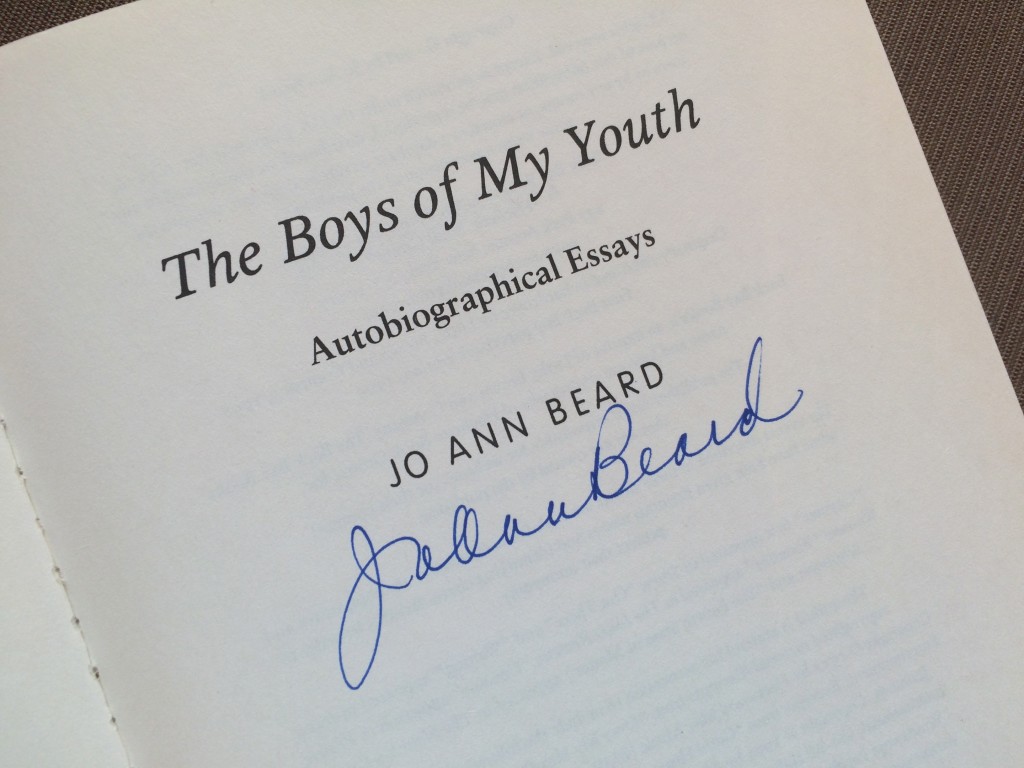 All photos by Ellen Blum Barish except for the one of Jo Ann Beard. Thanks, Angela Benander!