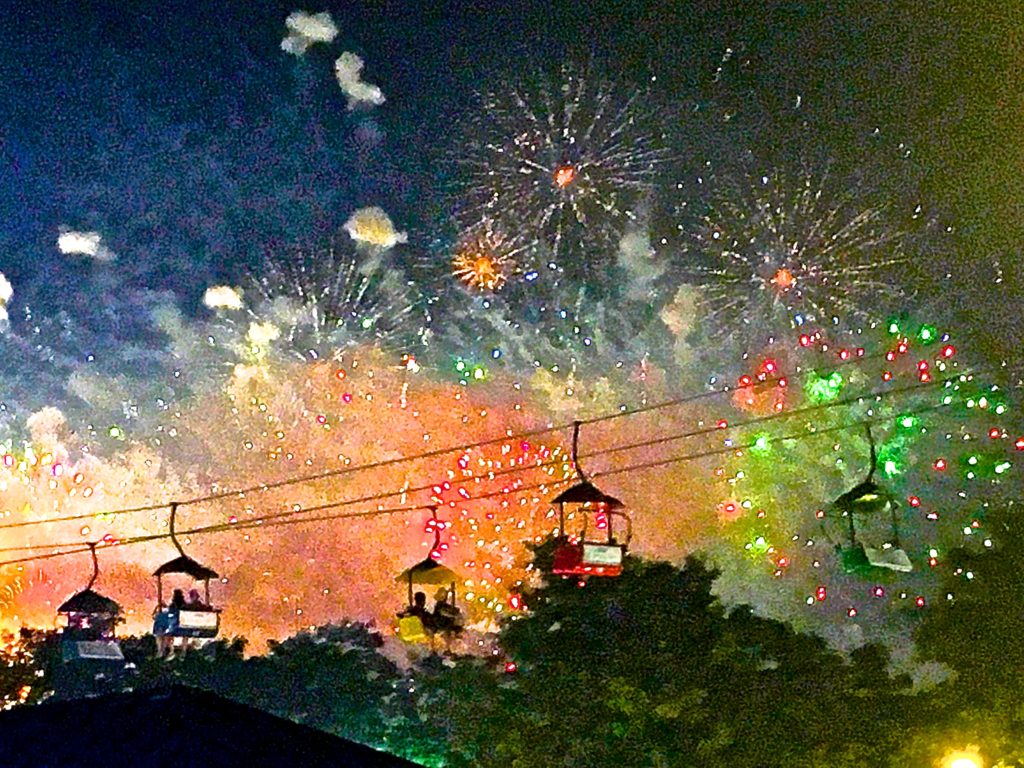 It may be inconsistent with most childhood experiences and unintentionally un-American, but I’ve never liked fireworks. Especially the elongated, grandiose versions set off on July 4th.  Sound, sight and sensation reign supreme and the whole spectacle jangles my nerves. Even with children of my own who loved the pageantry, I was grateful for a husband who shared their enthusiasm and would, every year, leave me to a quiet house.

So it was extremely atypical for me to be anywhere near fireworks on the fourth of July when I found myself in the midst of them at a music festival in Milwaukee earlier this month. My husband and I had driven up from Chicago to hear The Indigo Girls with college friends. When the show was over, we were heading back to the car and suddenly there was a BOOM! And then a THWACK! And then, BOOM BOOM! And, THWACK THWACK! And then the OOOOHS and AAAHHHHS, not only from the crowd, but from my husband and my friends.

I was surrounded by explosive-loving loved ones. I was going to have to surrender to this experience.

We found seats at a nearby picnic table and I kept my head down to concentrate on acclimating. I was giving it the old college try.

When I looked up, the showers of colored light made the gondolas pop into view. That’s when I slipped my iphone out of my pocket and starting taking pictures.

I must have taken at least 50 shots. The click of my telephone camera couldn’t compete against the booms and the thwacks but standing behind it, I felt just the slightest bit protected, even though I was cursing the fact that I left my new SLR camera at home.

The next day as I was looking at the images on my large desktop screen, you could hear the SWOOSH SWOOSH of deleted photo after deleted photo as I sent them to the trash.

Then I came across this dark, unsuccessful shot: 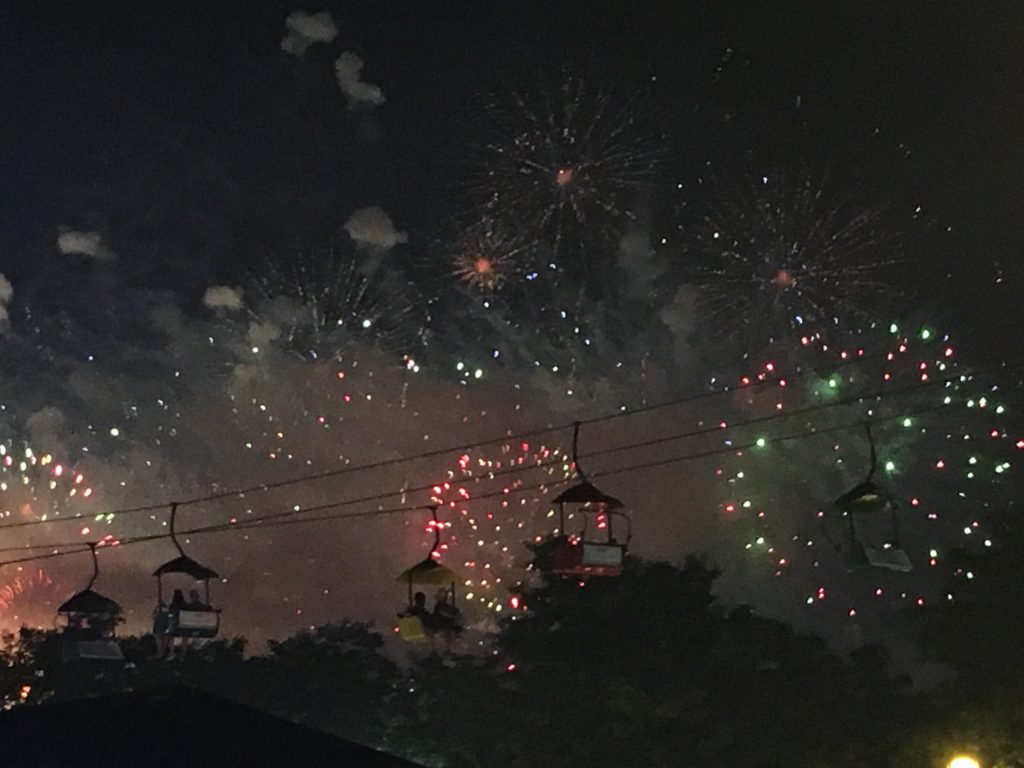 My finger was just about to hit delete when I noted that there were three decently shaped firework bursts in this picture. I had recently learned in a photography workshop that compositionally speaking, three was a sort of magic number (one is its own thing, two can be a coincidence and three is an actual pattern).

So I put it aside, deleted 40-plus more, and concluded that fireworks and I would never live in harmony together. I couldn’t even turn them into art.

But I was wrong. Something made me click onto the photograph again, as if it was calling out, yearning for another chance. I placed it into editing mode and heightened the exposure and saturation, just a bit.

And it transformed into this:

A perfect picture it isn’t. My Canon could have done far better and I’m not even sure what that yellow light in the far left corner is. (I didn’t want to crop it too tight.)

But it’s cool, right? A little bit magical, even. I think it’s my favorite shot … ever. So of course I posted it on my Facebook page.

One friend, a painter, commented that it looked like vintage Asian art.

Another friend, also an artist, wrote that it made her heart thump.

Rescuing the photograph from the trash, enabling it to reveal its beauty has me thinking, once again, that often, what we think of as chaos simply wants to be art.