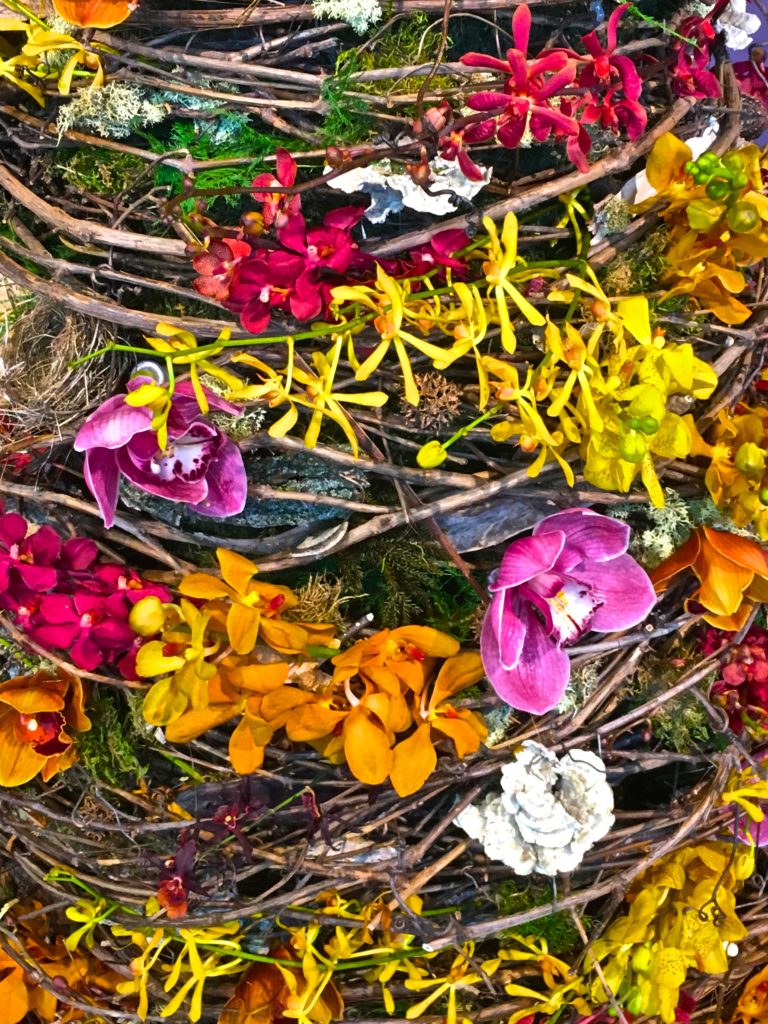 As I strolled through the botanic garden’s annual orchid exhibit last week –  giddy over my first day off in weeks,  the unusually warm temperatures and a break from working with words – I was hoping to capture the explosion of color, texture and shape with a few camera clicks.

What I didn’t plan on was the pattern that emerged as I looked through the final shots. For almost every floral subject, there were at least two versions: one zoomed in and one pulled far back.

The photograph above is the close up version of the image below. 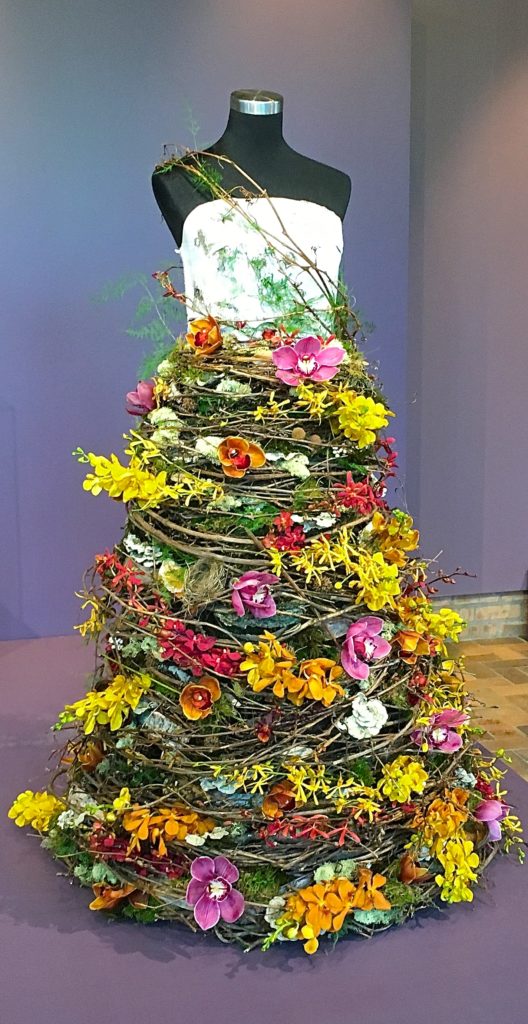 In the first picture, you can see the petals and vines that constitute the color, texture and shape I was going for. In the second, you can see these, but there’s far more than the parts. It had become an entirely new whole.

I thought to myself, this is what it feels like to see creative work developing.

It all begins with a few petals and some vine. But then the artist turns it into a gown. Being a witness to it is a lot like watching magic happen.

A very viney example from one writer’s effort in a workshop I facilitated last year:

Roberta was in the midst of her morning routine, mulling over what to write about for the weekly prompt assignment, when her hunt for her hairbrush took her to a closet which led her to a red box that she had forgotten about. Opening the box rerouted her but gifted her with the subject for her prompt. This is the moment in our story where it is important to know that in addition to writing, Roberta is artistically ambidextrous: she makes fabric, quilts, books and paper. After bringing in the results for a few in-class sessions of feedback, (“You’ve got to let go of the hairbrush and let us see that box, Roberta!”) she was moved to cross-pollinate her love of words, thread, paper and binding and make this beautiful handmade book that illustrates the story I’ve just summarized, but far more poetically and optically.

Here is the result, at medium range: 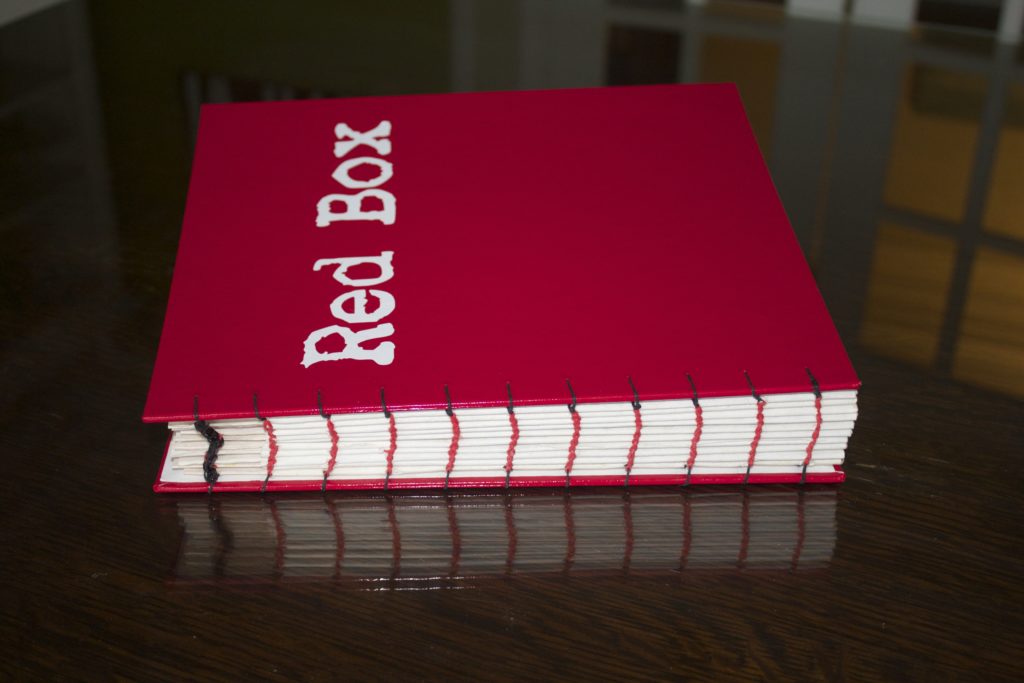 Here is a page, close up: 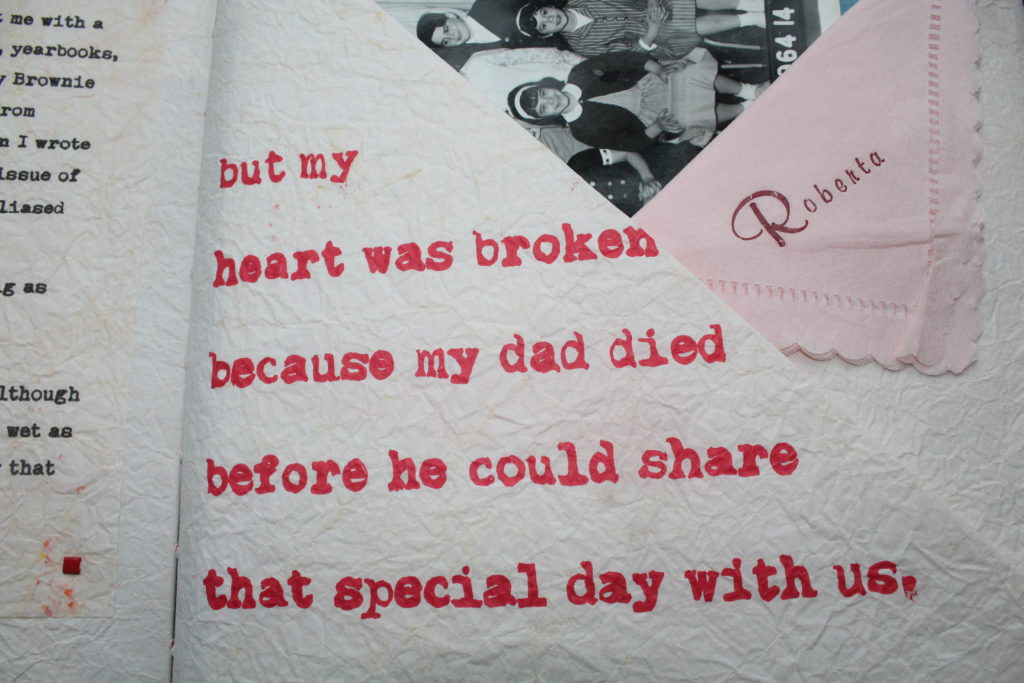 And then far back again: 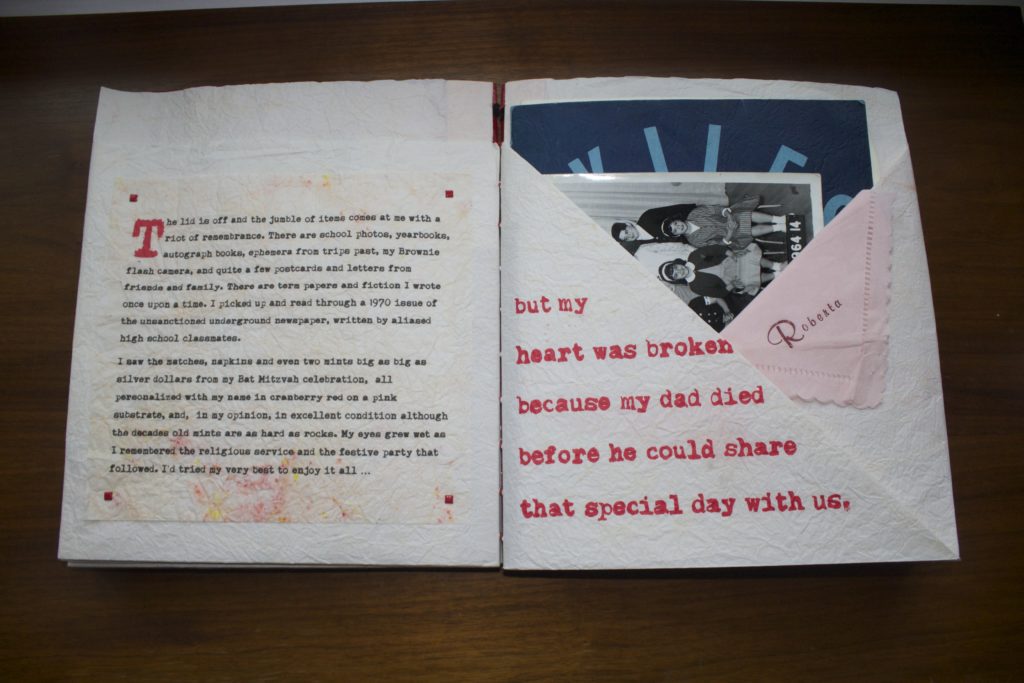 A circuitous journey, like this blog post, which just took you from orchids to photographs to floral gowns to a writer’s workshop to a hairbrush to the accidental finding of a red box that turned into an actual book about finding a red box and then back to photographs again.

The creative path is a mysterious one. But as a frequent spectator I can tell you that one of its most potent qualities is contagion.