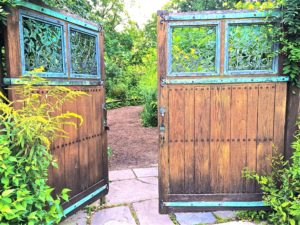 The morning after the election, dazed and confused along with so many others, I found myself searching quotation databases for words of wisdom to soothe my soul.

Using key phrases like “moving through shock” and “coming back from defeat” and “when bad things happen,” I found encouraging words from Martin Luther King, Rabbi Harold Kushner and former President Bill Clinton (see below.)

Those post-election days are a blur to me now, but I’ll never forget how comforting it felt to find the right words.

I have been thinking about that moment as I watch my family and friends respond to and recover from the election of the man who turned the world upside down.

Some ranted, went mute, fishing, or to bed.

But as bearings returned, so did action.

My rabbi invited local legislators and the community for a town hall-style meeting at our synagogue.

The Christian-Muslim-Jewish women’s interfaith group in which I have been a longtime member met for a heartfelt dinner and discussion at a local Turkish restaurant.

My daughter organized a fundraiser with other millennials for a women’s homeless shelter.

Journalists and news organizations debated the principles of real news.

And it was good. This was action. We were facing this.

More accurately, people I knew were finding their place. I just hadn’t found mine yet. I couldn’t figure out how to plug in. What could I do to make an actual, concrete contribution?

I considered what had given me solace in the days and weeks post-election.

Community from Chicago storytellers expressing how they were feeling at live lit events.

It’s ridiculous that it took me so long to see it. But I finally got it.

Art moves me to feel. Sometimes better, sometimes worse. But feeling strongly moves me to get up and do something. Maybe that something is making art. But it can also be about inspiring others.

And this is where I can be helpful.

I’ve seen what can happen when people write stories from their lives. They lighten. They rise up a little.

But being inspired could also stir someone to change a vote, run for office, or create a ruckus.

I’m not the person who will turn a vote around or set up a foundation.

I will, however, show up. Offer my signature. Write a small check.

But I hope that I can generate a bigger impact – a larger noise – through making, and inspiring others to make, art or express themselves.

One piece of this is my commitment to infusing this blog space with inspiration on writing, creativity and craft. If you aren’t already a subscriber, I hope you’ll be one. It’s easy. And free. Subscribe here.

But I have another idea that is still marinating:

To curate a live lit storytelling event featuring personal narratives about the givens in our life – the color of our skin, the place we grew up and/or live and the religion in which we were raised (or not). I’m thinking of calling it “Race, Place and Divine Grace.” Stories about the parts of our lives that we can’t change in an effort to look at how we might, in fact, change. To hear one another – the full range of perspectives – a little better.

If you live near Chicago and have any thoughts about how we might co-mingle, let’s talk.

So this year, I’ve decided to go for more feeling, less reeling.

Will you join me?

“Darkness cannot drive out darkness; only light can do that.”
— Martin Luther King, Jr.

“Is there an answer to the question of why bad things happen to good people?…The response would be…to forgive the world for not being perfect, to forgive God for not making a better world, to reach out to the people around us, and to go on living despite it all…no longer asking why something happened, but asking how we will respond, what we intend to do now that it has happened.”
— Rabbi Harold S. Kushner

“There is nothing wrong with America that cannot be cured with what is right in America.”
— Former President William J. Clinton