“You’re not supposed to be friends with your husband’s ex-wife; it’s not natural,” a girlfriend once advised, adding, “I know, I’m Italian,” for emphasis.

I’m Dutch and Russian, though that didn’t explain my liking my husband’s ex-wife from the get-go. She was funny and smart, drove a motorcycle, knew twelve ways to cook corn, and best of all, seemed non-threatening. Divorced for a decade, her relationship with my husband had distilled to a friendship that centered on their kids. If she had a shortcoming, it was having suffered a lapse of judgment. After all, she’d divorced the man I married. My flaw, perhaps, that I’d married the man she’d divorced? 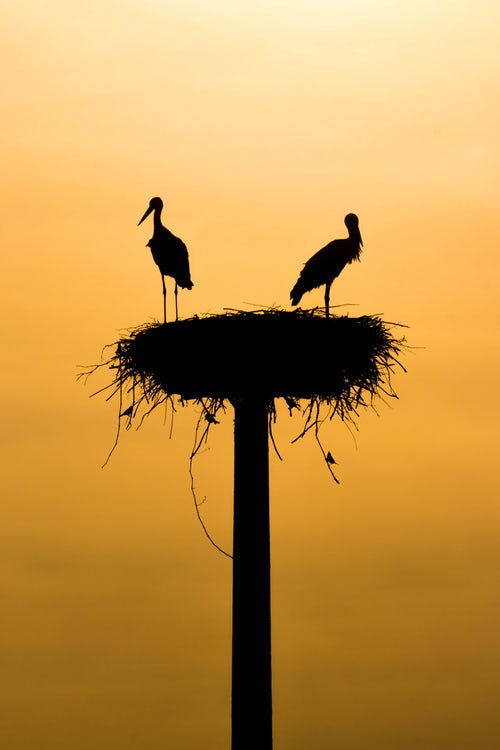 Emailing in the era of Facebook Messenger was the equivalent of handwriting a letter and sending it by pigeon. A phone call was as intrusive as ringing the doorbell. I could wait to see her, but with her kids grown, those dinners were becoming infrequent. So I opened my computer and did the only thing I could think of: I sent her a friend request.”

We chatted during kid pick ups and drop offs. By year two, we lingered, prompting her children to honk the horn, and my husband to throw me a sideways glance afterward. Not that he was really worried. He’d married a middle-child pleaser with an easy-going reputation, to the bafflement of my friends (the Italian in particular).

Maybe I had a skewed sense of marriage, but I didn’t see inviting her to an occasional Thanksgiving as odd. Nor did I balk at congregating for birthday dinners. Why shouldn’t the kids enjoy dining with both parents? I wasn’t going to be the ogress to deny them that. Sometimes, I offered to sit dinners out — if that’s what they preferred. With or without Stepmonster was their choice. Though secretly, I was happy when they invited me.

Our routine carried on like this for a few years. Her kids grew up and went to college. My own daughter entered grade school. While she and I never grew closer, neither did we grow further apart. So when she friended me on Facebook, I naturally accepted.

A decision I would regret as instantaneously as I had liked her.

Of course, there had been warning signs; moments I’d questioned whether we’d have exchanged numbers, if not thrust into this arrangement. We led different lifestyles. I worried, for example, about pesticides in our fruit, the horrors of factory farming, and GMOs. She worried about people who worried about those things. I owned a juice bar and believed in cleansing. She was a doctor — a fact she brought up often — and did not believe bodies needed detoxifying.

But I shrugged off our polarizations because, besides the fact that I knew I could be a major pain in the ass, I wanted to believe in our unique relationship. Also, she probably was smarter than me.

She’d come from an ivy league and I’d come from the city university. She was a doctor who’d spent years in medical school. I’d studied iambic pentameter. How much did I really know about the human body? Or human nature, come to think of it. I suppose here’s a good time to confess that by year seven of marriage, I chuckled, if not laughed maniacally, at my “lapse in judgment” idea.

But the main reason I refused to get all hot and bothered about our imperfect conversations was that I knew I could walk away. There was something called a front door that I could physically open, wave adieu, and promptly close behind me.

Having become a full-blown addict who checked her feed a few times a day — as anyone reading this on a smartphone surely understands — this was not so on Facebook, where the door was always open, and I didn’t have the willpower to shut it. Any day now the CDC will announce Facebook is the new tobacco.

Apparently, she suffered similarly, because her opposing comments to my juice posts were immediate, and, without the etiquette that being face-to-face requires, increasingly critical.

Were there a few times I deserved it?

I mean, I guess I didn’t have to share PETA’s video of chickens getting smothered in foam. Although, I did post a quote by Johnny Depp that said, “If you don’t like seeing pictures of violence towards animals being posted, you need to help stop the violence, not the pictures.”

But couldn’t she also have acted as others did, like what I do when someone posts something anti-feminist or downright stupid — and skim past it?

I honestly don’t recall her exact response, but it riled Italian. “It’s beyond obvious that she’s trying to humiliate you. You should put a stop to it.”

But I didn’t put a stop to it. Not even after I shared an innocuous eagle video in which the bird swoops onto a playground, threatening to carry off a toddler, until, unable to hold the weight, the bird drops its prey. The ex promptly debunked the video for being staged by college kids.

Did I hit my wall then with the who/whom post?

No, because if ever criticism was deserved, it was then. I’d been watching Millionaire Matchmaker — cause enough for self-flagellation — and Patty Stranger was driving me crazy with her question, “Whom do you choose to go on your mini date with?”

“Is that right?” I asked my human Strunk and White husband, too lazy to look it up myself, as I slurped dregs of a Green Goddess Smoothie.

“I don’t think so.” He looked up from emailing. “No, that definitely sounds wrong.”

“Who, Patty Stranger!” my thumbs flexed, lobbing out my stupidity. “‘Who do you choose to go on your mini date with?’ Not whom!”

I sat back to bask in superiority, when ping, the ex was on the case with a response that I actually think was pasted from The Elements of Style.

As I said, I deserved that one.

So then, did I hit my wall with her meat glue response?

No, but only because another friend hit it for me. When I reposted about food processors gluing four cuts of meat together to present as one, the ex’s rebuttal that this worrisome glue is actually a harmless enzyme found naturally occurring in the human body so pissed off my friend with a food science degree from Cornell that I needed only to observe.

“The ‘glue’ isn’t problematic,” the nutritionist wrote. “But the bacterial considerations of gluing four pieces of meat together is.” Offline, the nutritionist texted me: “Who is that person? I’ve never seen someone so passionate about an enzyme!”

No, it was a kind message she sent about my daughter that slammed the door shut.

I’d posted pictures of my kid wearing a knee length skirt and white Mary Jane shoes, posing as Ariana Grande when the ex messaged something like: She is growing up so nicely, but can I make a suggestion? I wouldn’t post pictures of her posing. There are so many creeps out there trolling the internet. I hope I’m not overstepping my bounds here…

It was thoughtful, concerned, even sisterly; even if it did suggest that I was irresponsible, which even if I was — and I wasn’t, Italian insisted — made me implode.

My finger hovered over the little icon. Remove Friend.

My husband worried, but he doesn’t understand Facebook. LinkedIn is as far as he will yield, and only for work. How people find the time for selfies in front of guacamole bewilders him.

I explained all was fine. No one would ring her doorbell and subpoena her with “Unfriend papers.” But was it all fine? Even that phrase, Remove Friend, was so deliberate, so final. So mean. And don’t “friends” sometimes point out things you don’t necessarily want to hear?

Trolls aside, who was benefiting seeing pictures of my kid? Certainly not my kid, who didn’t ask to be thrust into cyberspace. Plus, the ex had privately messaged me. Not to mention, she’d gone above and beyond in real life — having my daughter over for dinner, tending to her bruises, teaching her backgammon, attending her school play.

Good God, what kind of friend was I? What kind of person? If I’d never slam a real door on someone, why was it okay online? Although I had to admit, I was enjoying my Facebook cigarette time, unchallenged, as I spent nights — and afternoons and mornings — secretly judging them, privately and silently, the way nature intended. Which brought me to think of Italian’s original point.

So I did nothing and a few months went by.

Then one afternoon, my husband returned from the grocery bearing good tidings from her. She’d seen press about my writing and offered congratulations.

“Did she say anything else?” I asked meekly.

“I knew this wouldn’t be good.”

But nothing had really happened, I reminded him. I tried consoling myself. The act remained an unreality.

Right, except that if I wanted to thank her, there was no casual venue now. Emailing in the era of FB Messenger was the equivalent of handwriting a letter and sending it by pigeon. A phone call was as intrusive as ringing the doorbell. I could wait to see her, but with her kids grown, those dinners were becoming infrequent. So I opened my computer and did the only thing I could think of: I sent her a friend request.

“Now she will definitely know, right?” my husband asked.

I was proud that he was learning, but also nervous about what she would think when she saw that request. Screw her. Or, I thought we were friends. Or maybe, You can’t just Unfriend and Refriend with no explanation!

We’d never had a traditional relationship to begin with. Why start now? Besides, there’s something to the shorthand of clicking that one button.

I heard crickets. Which I deserved. Maybe there should be no take-backs online since we do have the opportunity, unlike in person, to pause and think before speaking. Maybe the buffer of that privacy is the second chance.

Humbled, I went slowly, creaking open the door, occasionally liking her pro-Hillary posts. She, too, seemed tentative, offering a generic thumbs up to my “Pets Who Hate Trump” video, but declining to comment.

It was pre-election, and the definition of friend was morphing as an invisible line was drawn between those who shared political views and those who didn’t.

Then the election happened, and things like meat glue became all but irrelevant. The door opened wider, as we not only commented in full sentences on each other’s posts but united to lambaste those against sanity.

One afternoon, I messaged her about a right-wing troll named “Linda” who apparently took issue with me supporting the ex’s post about appealing to electoral voters.

“Are you dealing with Linda or am I?” I texted.

She wrote back that she would deal — and so she did, eviscerating this “Linda” person, our newly found mutual enemy, with a few masterful strokes of her keyboard and intellect, to the point that I almost felt bad.

“Almost” being the operative word. Truthfully, I couldn’t have been prouder of my friend.

Heather Siegel is the author of the award-winning memoir OUT FROM THE UNDERWORLD (Greenpoint Press, 2015). Her work has appeared on Salon.com, in The Flexible Persona and The Chaos Journal of Personal Narrative as well as on popular websites. She holds an MFA in nonfiction writing and lives in New York with her family. More about her can be found at www.heathersiegel.net.