“Are you gonna be here the next few minutes?”

I look up from grading research papers, the late ones, the worst ones, the ones written hurriedly or were plagiarized, the long, undocumented paragraphs reading like Walter Isaacson, because they could be Walter Isaacson. 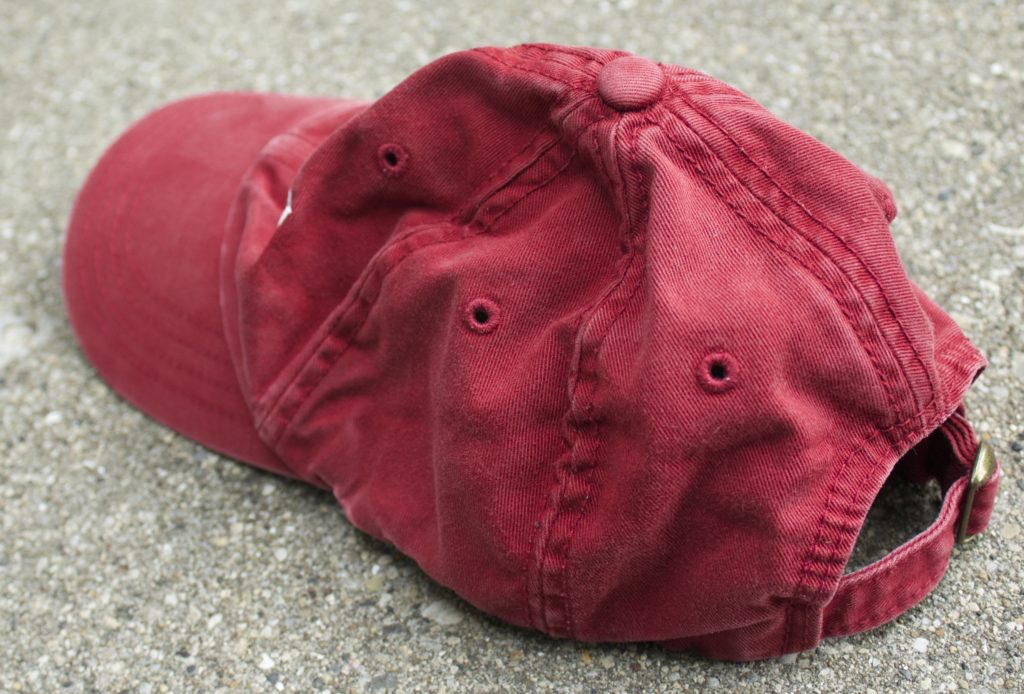 Given the abrupt ending to this young man’s life, I wanted to impress on these 16 and 17-year-olds that Horace’s ode had it right: don’t bank on next winter, but rather prune your trees today.”

A shorter, younger, thinner Lance Armstrong wearing a two-day shadow stands in front of me. Flip-flops, Bermuda shorts—or what passes for them today—green sweatshirt, and burgundy baseball cap with an intricate letter logo looking like a T and an S having excellent sex. He is one of maybe 150 passengers waiting at the gate to board the Southwest Airlines flight from Buffalo to Chicago. Before standing, he had been sitting in the last seat in the row perpendicular to ours, two arm lengths away.

“Um, yeah,” I say. I mean, where am I going? My wife, Tia, has just left for the restroom, and we’ll be boarding in ten minutes. She left me guarding her purse and our seats, so I’m stuck here.

“Would you mind keeping an eye on my stuff?” He holds up a lime-green translucent tube. “I just want to go fill my water bottle.”

Without thinking (it’s a habit), I bark, “Sure,” a Golden Retriever trying to please, happy to fulfill expectations, wanting to be liked.

Then he is gone, and I’m staring at what he left for me to guard, his stuff so close I could kick the pair of shiny white running shoes tied to the gray, bulging backpack leaning against a navy blue duffle bag named “Niagara University.”

It takes ten seconds for me to realize there might be a bomb inside any or all of the items, including the shoes. What I’ve done is exactly what a terrorist would ask me to do if he or she wanted to plant an explosive in the Buffalo airport. How many times have squawky admonitions in stations and airports insisted, “Report any suspicious activity to authorities;” “Be vigilant;” and “Wake up and smell the fucking roses.”

Most people today have learned not to ask strangers to keep an eye on unattended bags, and most people have learned not to accept that responsibility. Unaccompanied bags are the modus operandi of low-incentive terrorists like the Boston Marathon bombers. My diminutive Lance Armstrong looked and behaved like he kept up with today’s terrorist zeitgeist, which suggested he was no naïve, long-distant runner who needed to fill his water bottle, but a fanatic bent on drawing an unsuspecting American into his demonic plan.

My imagination’s x-ray vision inspects the backpack and duffle bag and sees hundreds of nails ready to spray across the room, on a cell phone’s launch. Like steel sparks exploding outward from a bursting firework, they spear the flesh and bone of my fellow passengers waiting to board. I turn to look for Lance so I can retrieve him, but he’s vanished, confirming he’s ISIS or Taliban or kook. He successfully picked out the biggest dupe, recognized by his thinning, snowy, Robert Frost hair, button-down shirt, khaki pants, and white canvas tie sneakers. “This moron will accede to anything,” Lance surely sized me up. “He’d conform to the will of a goat.”

The question becomes not “Are there bombs about to explode?”, but “What do I do now?” I go over my options quickly, as who knows when he’ll detonate his artful packages?

Option 1: Sit there and wait for the bombs to go off. I like this option. My death will be quick and painless. Unless, I concede, 3,000 nails find my calves and thighs to nest in, leaving me a paraplegic.

Option 2: The right thing, the correct thing, the legalistic thing: March over to the woman behind the desk who prepares to board us. “You might want to check those bags for bombs,” I’d tell her. What then? Flight delay or cancellation. Robots and/or dogs brought to check the suspicious articles. Stuck for four hours in a neon-lit, two-way mirrored room where TSA agents interrogate me about why I agreed to watch a stranger’s bags, leading to a possible criminal record.

Option 3: Take Tia’s purse and my backpack and seek refuge behind the nearest wall, hoping it’s a supporting wall that won’t disintegrate upon a percussive impact, and listen for the explosion from a position of relative safety. I tell myself this is a coward’s way out, a selfish act of self-survival, a throwing over of my fellow passengers. Additionally, this scenario has me shirking my duty, going back on a promise that, even given to a terrorist, is still a promise that I’d keep my eye on his stuff. And what if I missed Tia coming back from the women’s restroom, only to have her sit by the danger, worrying where I’d gone, the first to receive the bomb’s deathly deliverance? I’d feel really bad.

I run the options through my mind again and again. Which to choose? I turn around again, hoping to see Lance striding back, water bottle filled, a smile on his face thanking me silently for my vigil. But he’s nowhere in sight, confirming his diabolical plan. I have to decide. Do I do what’s easiest, what’s right, or what’s selfish?

If you’ve stayed with this me up to now, surely you guessed that I do nothing. Yes, I continue to sit there, ready to be deafened, then filled with lead or obliterated into shreds smaller and less meaty than shaved beef.

Nonetheless, one benefit results. Three minutes earlier, grading research papers had been drudgery worse than pouring hot tar, but now, simply being alive and not in pain, what once felt like a chore has turned boon; I don’t exactly indulge in the pleasure of grading papers, but it’s better than dying ignominiously.

Of course, a few minutes later Lance returns, his water bottle brimming. Without saying “Thanks,” he sits back down, and I continue grading. When Tia comes back and Lance gets up to board, I’m too ashamed to tell her what just occurred. Not until the next morning, when we’re in the kitchen getting ready to leave for our respective teaching jobs, do I reveal the story.

“That was stupid,” she affirms, then adds speculatively, “maybe he was an undercover TSA agent doing research on how gullible people are. Or maybe he really was a terrorist testing out ploys to get people to watch their stuff.” Then she asked, “Did he get on board the flight?”

He did, I answer. I know for sure he did, because during the flight I had to stand in the aisle while a woman by the window went to the bathroom. Looking at the other passengers, I discovered Lance a few rows back, his burgundy hat still riding his head, the TS or ST logo still a mystery.

That day, in my high school English classes, I tell them the story. They like it because it’s self-deprecating, and who doesn’t like hearing their teacher behaved like an irresponsible coward? But I also tell it because I want to stress the theme of carpe diem. A popular senior at our school was killed the Friday before in a freak parking lot accident, the very day we’d left for Buffalo for our daughter’s graduate school graduation. He’d been riding on the running board of a large, slow-moving SUV when the driver turned sharply. The kid fell off, and given a hundred ways he could have fallen and walked away with scrapes, he landed on his head, was airlifted to a nearby trauma center, and died that Monday morning.

Earlier in the year we’d read the Romantics, Thoreau and Emerson, along with Jon Krakauer’s Into the Wild. We watched Robin Williams wow his classes in Dead Poets Society reciting “To His Coy Mistress,” impressing students with life’s brevity. Recently we’d covered the Modernists, William Carlos Williams urging readers in his American vernacular to notice red wheelbarrows glazed with rainwater beside white chickens, to listen for the gong of fire engines, and to taste the delicious pear while eating it. Given the abrupt ending to this young man’s life, I wanted to impress on these 16 and 17-year-olds that Horace’s ode had it right: don’t bank on next winter, but rather prune your trees today.

In my honors English class, when I get to the part about Lance’s mysterious logo on his baseball cap, kids started searching online possibilities and holding up their finds.

A boy sitting in the front row holds up his screen. I glance down, and there’s Lance’s burgundy hat and logo.

I study the F, so shrouded by the baroque S that its lower staff gets lost, leaving the impression of a T. Mystery solved.

“If he’s from Florida State,” another student queries, “why’s he flying from Buffalo to Chicago?”

Better to leave an essay with at least one question unanswered, leaving the reader wanting more, asking more.