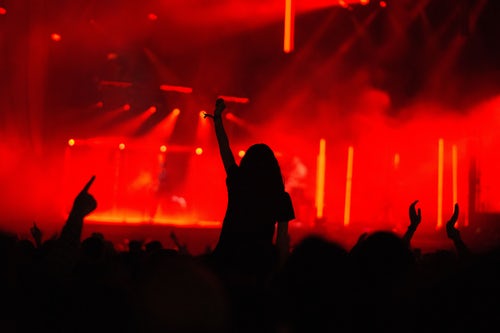 When I admire someone, I look for things that we share in common.”

When I admire someone I look for things that we share in common. When I was 11 years old I discovered David Bowie and learned that his son, Zowie, was born two weeks to the day after I was. It’s a fact that has allowed me to imagine that the three of us, David, Zowie, and I, have a great deal in common, and that if we’d ever met we’d have hit it off instantly.

Bosnian born writer Aleksandar Hemon and I both moved to Chicago in January of 1992. I arrived on the seventh from Boston, a city which shares the first three letters in Bosnia. He landed the twenty-seventh. It wasn’t hard for me to create meaning out of these coincidences. I took a class with him a couple years ago and on the first day he asked his students to say something about themselves. I said, “Hi, I’m Jessica. I’m not originally from Chicago, but I moved here in January, 1992” which was his cue to pick up on the fact that we were destined to become best friends, or at the very least I was destined to become his favorite student. Neither of those things happened.

Humans are hardwired to find patterns and to assign meaning to those patterns. Psychics make a living off of this. They sit in front of anyone and start guessing shit about them and sooner or later they will hit on something that’s true. The same kind of thinking drives conspiracy theories, from the belief that Elvis Presley is alive because the letters that spell Elvis can be rearranged to spell Lives to the idea that the same people are showing up over and over at demonstrations all over the country because in photos of groups of people demonstrating there are sometimes people who resemble each other. It’s part of our lizard brain to find patterns, and there’s something to be admired in that. It’s an adaptation that at some point increased the likelihood of survival, and it’s still with us.

One afternoon, I saw a bumper sticker in the shape of a paw print and the words “rescue mom,” which I read not as a descriptor, the emphasis on rescue, like rescue mom, but as an imperative, the emphasis on mom, like rescue mom. My mom had been diagnosed with stage four lung cancer a few weeks earlier, and I kept seeing patterns and signs pointing to it; specifically pointing to the fact that I couldn’t rescue her, that I’d never been able to before, and I certainly couldn’t do it now. I hadn’t seen her in a couple years. We have a complicated relationship, her lifelong struggle with depression and alcohol rendered her absent for much of my life, and it has been my goal to break the patterns that led her down that road. The year Mom was dying of cancer, I listened to Born to Run in its entirety a minimum of three times a week. It was a way of both affirming the horrors of the situation, a catharsis in eight tracks, and of escaping it, and like any religious text, after repeated exposure to the word, I found deeper meaning in the lyrics. The song Thunder Road became my Lord’s Prayer, something to listen to when I sought comfort. I listened to it on my commute, I listened to it at home, and if I needed to hear it but was somewhere that I couldn’t actually listen to it, I’d replay it in my mind. The song contains the lines:

So you’re scared and you’re thinking that maybe we ain’t that young anymore
Show a little faith, there’s magic in the night
You ain’t a beauty but, hey, you’re alright

I have gone over the meaning of these lyrics like a Talmudic scholar, picking apart the intention behind it, at times taking issue with it. Is Bruce calling Mary unattractive? Is he settling for her because she may not be Ms. Right, but she is Ms. Right now? Sometimes when Thunder Road gets to that line I yell, “Speak for yourself, Bruce!” in righteous indignation. At other times, I think it’s a commentary on unrealistic beauty standards. None of us will ever look like celebrities who are known and admired for their looks, not even the celebrities themselves; it’s all makeup, airbrushing, and good lighting. In Thunder Road, Bruce loves Mary both because and in spite of the fact that she is not movie star beautiful.

Springsteen lived the truth of these lyrics in his own personal life. He married the model Julianne Phillips in ‘85, and in ‘87 released the album Tunnel of Love, which chronicled his unhappiness in the marriage with tracks like “Brilliant Disguise” that contains the lyrics: “Well I’ve tried so hard baby, but I just can’t see, what a woman like you, is doing with me.” Springsteen and Phillips divorced in ‘89, and when he started dating Patti Scialfa, who’s been a member of the E Street Band since ‘84, the subject of Patti’s looks became a topic of brutal tabloid commentary. Patti is the Mary to Bruce’s “Thunder Road” persona. She’s from Jersey, she’s not model gorgeous, but she’s the one. She’s the One, incidentally, track six on the album Born to Run, right after the title track. Together Bruce and Patti have had three children (one of them named Jessica) and they remain married and living in New Jersey, the state that embodies the genesis of Bruce Springsteen, for over 25 years.

I am my mother’s daughter, there’s no escaping that. After she died I was able to remember the good things she gave me, notably a love of words and language and a reverence for the magic of writing; the trick of creating something that didn’t exist before simply by writing it down. We both happen to have names that begin with J, we both love cats, and we share a habit of absent-minded fidgeting. But what connects us is stronger than these coincidences: my body came from hers, it is elemental and undeniable. I will always work to break the patterns of depression and alcoholism that defined her, but like it or not I am a living testament to her.

Watching and waiting for my mom to die was certainly an experience rife with dread and uncertainty, and perhaps it’s those qualities that drew me to Thunder Road for salvation during that time. Whatever it was, I’m grateful for it; it connected me to Bruce Springsteen generally, Thunder Road specifically, and it gave me a way to grieve. When I went back to my mom’s condo after her death to sort through her things, I brought Old Testament Springsteen with me. I remain a devout believer in the Church of Bruce Springsteen because so far, it works. So I’ll take it.

JH Palmer is a Chicago based writer and performer. From 2012-2017 she produced the live lit show That’s All She Wrote, and she has performed at numerous storytelling and live lit events, including The Moth, 2nd Story, Story Club, Write Club, and You’re Being Ridiculous. Her work has appeared in The Toast and Story Club Magazine. She earned an MFA in Creative Nonfiction from Columbia College Chicago.