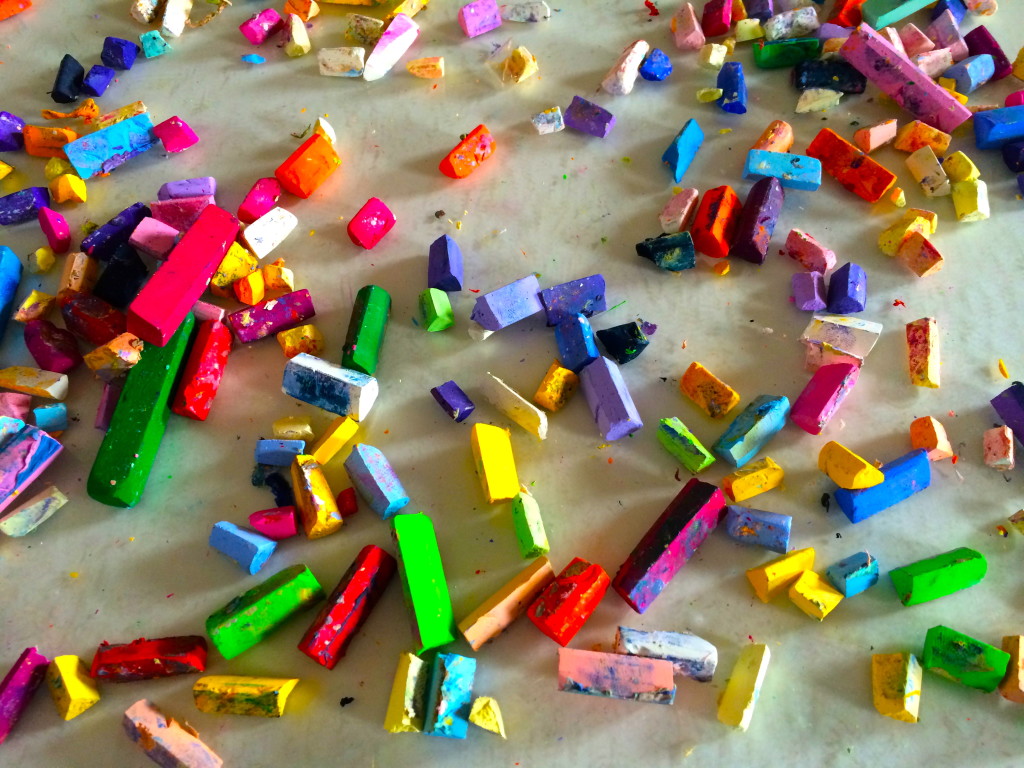 A cluster of color on a palette of possibility.

That’s how I’ve been feeling since my June 4th post that linked readers to my essay in Brevity’s Blog about the decision not to go with themes for Thread.

The weeks since that post gifted me with a beautiful selection of submissions and many new blog subscribers. A warm welcome to you all!

Since 2008, I’ve been utilizing this space to write about creativity, craft and the writing life. I’ve ruminated on words as worlds unto themselves, writing as a way of seeing up close and far away, what made me burn my journals, the potency in taking a writing break, and struggling with the writing-and-reading-rich promise of summer. EBB & Flow is also a direct link to updates on, and the latest issues of, Thread.

I believe that we all get more than enough to read online as it is, so I only post a few times a month when I’ve got something on my mind that feels share-worthy.

And right now, it’s thank you. Whether you found Thread through Brevity or Duotrope or Facebook, thank you for reading Thread, writing to say how much you enjoyed Thread, submitting your work and for supporting Thread by telling others about it. To those of you who submitted your essays in the month of June, my goal is to respond to you by month’s end because I’ve never much liked all that waiting to hear from literary editors myself.

I’m hoping that the cluster of color will begin to look more like this soon: 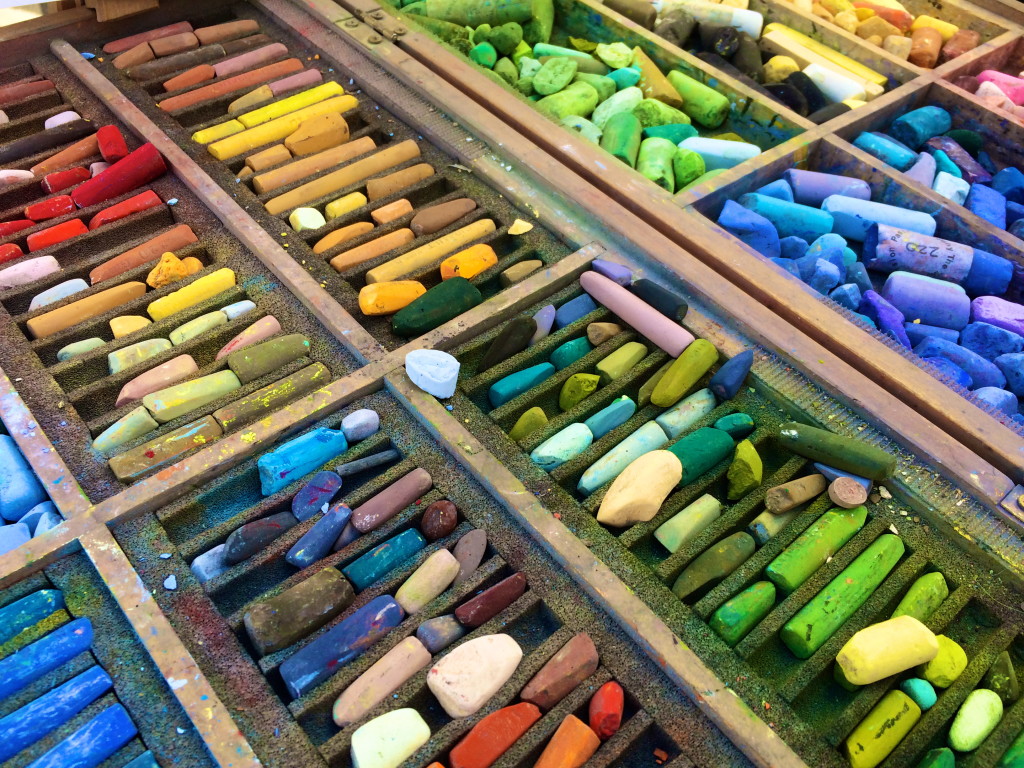 I’m working on a blog post about chaos theory and the creative process for early July.

To a word-and-image-rich, sun-drenched summer.

Sensational sentences are the threads of great writing.  And like thread – cotton or nylon, wool or silk – they are full of color, shine and texture. Sure, they pack more wow when followed by another great sentence and then, another. But the great sentence stands on its own, telling its own story.

I look for them and collect them. Because in their simplicity, they embody the craft of writing beautiful sentences.

You can find them in the most interesting places.

The specimens below were all posted on Facebook (yes, Facebook!), sprung from a sharp wit and keen, urban observing eye. I was delighted when the writer gave me permission to reprint them, as she doesn’t always say yes to her mother.

This time, she did. Note the well-selected details, use of senses (especially smell), dollop of imagination, mix of quote, observation and advice and, of course, humor.

Grandpa, referring to the Google map direction voice to the restaurant: “Hush, everybody! This woman is trying to take us someplace!”

Every morning I don’t succumb to the siren song of bacon emanating from Longman & Eagle [a popular Logan Square restaurant] on my way to the train is both a victory and a loss.

Sometimes, after it rains in the loop it smells like a giant fart cloud.

More on farting. Advice from a city girl on her lunch hour

If you’re wandering around Macy’s trying to kill time and you find you have to fart, just waltz into the perfume section.

I’m moving to Hell for the weather.

Airport sushi is a sure fire way to miss your flight in more ways than one.

If I were really smart, I would have targeted the drunkest of drunk people, pretended to be a leprechaun, then stolen their wallets amidst their awe and confusion.

Like everyone I know with a high-resolution, smart phone camera, I’m taking pictures. I’ve always taken them –  I have two bookcases full of fat, metal-ringed bound albums covering the first half of my life, especially when my daughters were young.

But now, like everyone else, most of the shots I take live in my iPhoto app or on Facebook or as blog images. But that’s where I am these days so, oddly, even though my photographs are mere shadows and light on my electronic devices, I’m actually spending more time with them than ever before. I’m inspecting them at closer range. And I’m seeing how the good ones – not necessarily the pretty ones but the ones that I tend to linger on, contain so much story. Stories that appear bent on telling themselves. They simply come to the surface, effortlessly.

Something makes me want to still the moment, but the moment ends up showing itself in a surprising way. It’s a reminder to me that to be human is to have that desire to tell, capture, to facilitate story telling.

Some images to help make my point:

So on one of those glorious late afternoons last week, spring actually showing itself as pure spring, I wandered into my backyard toward my very aging shed. It’s in dire need of a new roof, some window adjustments and paint. As I drew in closer, I noted the double window image. That cool way you can look through one window into another for two distinct views. Looking in and out at the same time. I pulled out my iphone, which, these days, is always at hand, and snapped that moment. It wasn’t until I sent it to my iPhoto folder and looked at it later that night that I saw the my reflection in the glass. Not just two views, but three.

And just yesterday – one of the wilder weather patterns whipped through Chicago. Temperatures in the upper 70s, high humidity moved into a strong rain, the kind that wets you down in the 10 seconds it took you to get to your car and then stopped after 20 minutes. The temps stayed high, the sun came out and it the cycle repeated once again. I was driving west, into all of this, to take my daughter to a doctor appointment. Thirty minutes later, the clouds went all cottony and that arch of color appeared in the sky and out came my iphone (yes while on the road but only when I came to a full stop!). The rainbow took its bow, after its atmospheric drama.

Like the adage, it does appear to be true, that a picture can do so much …  saying. But I just love the surprises that can come when we trust the telling.