The 1960s neighborhood I grew up in was an architectural embodiment of the crew cut. We had straight, clear-cut streets, with three models of houses, none of which topped a story and a half in height. Everyone took care of their own lawn, and everyone favored straight, low, evergreens across the front. 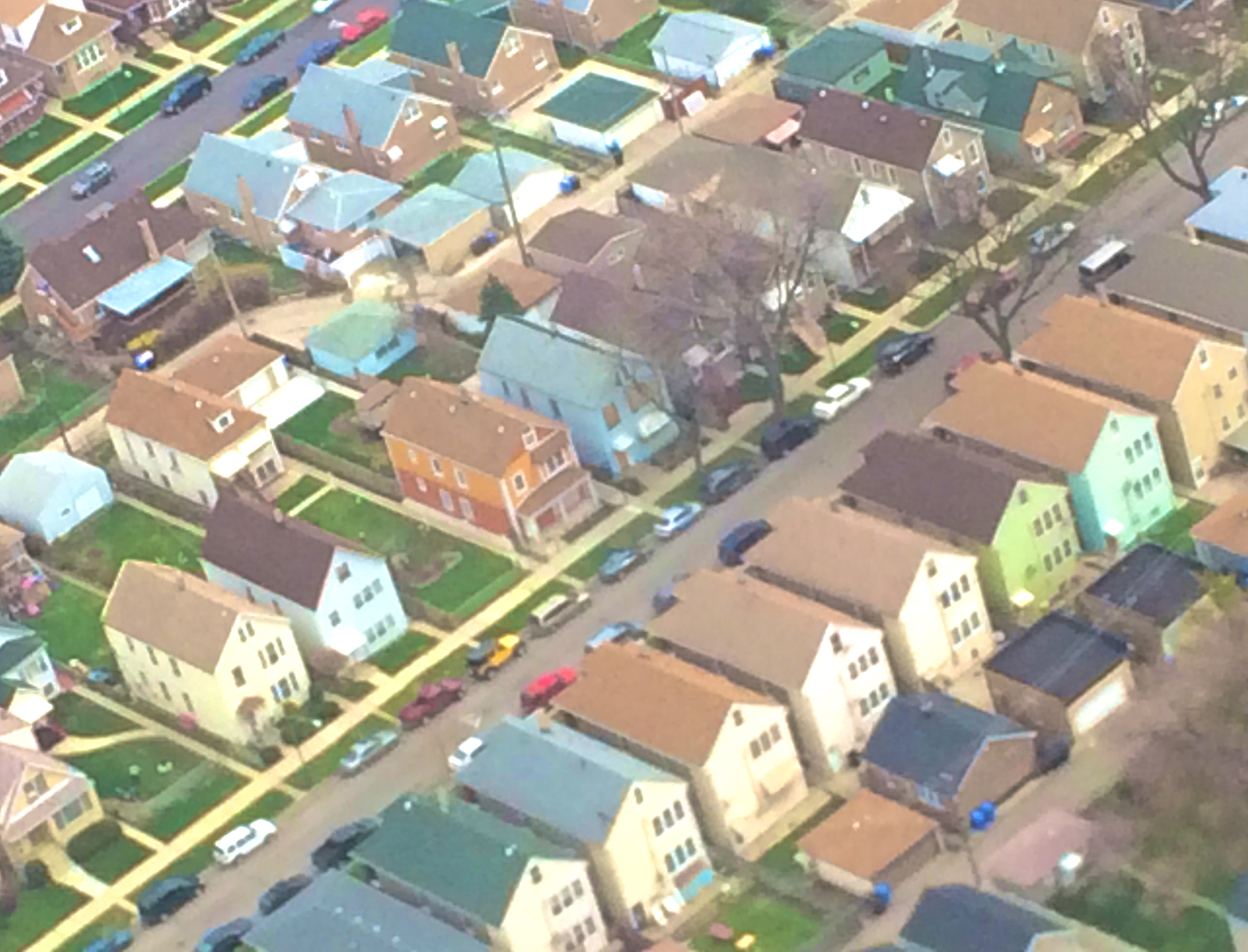 Mike came to understand that he was not simply a vassal, but an accomplice, and implicated in possible crimes. Of course, the organization would “protect” him, as long as he stayed loyal.”

It was mostly a Protestant neighborhood, not fancy, though a bit WASPY, which put it slightly above our social class. But my family did its best to fit in. We were clean and well-groomed, and we always scrubbed away evidence of spaghetti sauce from every surface in our home. We had a white Chevy sedan, which we shared with the neighbors who paid the insurance. We had two pairs of shoes each: school shoes and gym shoes. Luckily, all the neighborhood kids ran around without shoes on in summer.

My family got by, thanks in great measure to John and Jackie Kennedy, the homemade royals who proved that Catholics could be upper crust, too. But underneath the surface, my family had more in common with Kennedy’s Camelot than most people knew. There were the obvious comparisons. Like the Kennedys, we were both Catholic and ethnic — the Kennedys were Irish and we were Italian — but both groups shout a lot and go to church. Just like Jack Kennedy, my dad had given up wearing hats. My dad wasn’t the bon vivant he would have liked to be; we kids always smashed his hats. But still. No hat. My mom was young and glamorous and had black hair like Jackie. I was Caroline’s age and my sister Christi was John-John’s age.

Then there was the clincher. We had certain connections. My great uncle was in the mob. Of course, none of us kids knew that at the time. He wasn’t a total “mob guy.” Just was a minor functionary, a fixer in the days before the Silver Shovel investigation killed the profession.

Uncle Mike was a little, anonymous, clean-looking guy whose job it was to approach judges and offer a “fee” for a preferred settlement regarding traffic tickets, code violations, zoning ordinances, and city inspections. It was “nothing,” my mother said. Nevertheless, he lived in a lovely Camelot-style home in an old-money suburbs of Chicago. He had a 26-inch color television set in his living room. He had a long, low-slung car, a big black Cadillac. His wife, my Aunt Pauline, wore gold lame heels, real furs, and actual pearls around her pale, porcelain neck. No one would ever have guessed she used to be a stripper.

My brothers and sister and I weren’t aware of those last bits, of course. The stripper thing or the mob thing. We only knew that when we visited on the holidays, bearing cheap little gifts, we were never to exclaim about their color television set, or their roadster, or the golden clothing and furniture.

“Just keep your mouth shut,” my mother said, flatly. “You can admire nice new things if they are pointed out to you. But don’t mention them otherwise.”

Neither could we expect much in the way of gifts from our rich-seeming uncle. We got weird gifts like re-gifted socks and packs of headbands.

My mother’s orders came partly from a World War II era fear of oppression. In some Chicago neighborhoods, Italians were only barely tolerated, in those days, and only for their food. She was aware, too, of gangland violence. But mostly, she just wanted to show respect for my Uncle Mike. She knew his treasures weren’t trophies. Instead, they made a mockery out of having it all.

Uncle Mike wasn’t born in Chicago. His family arrived in 1909, when he was five, in search of new world security and comfort. Mike was the oldest of three kids, and he set out as soon as he could to make a living. But the job market was tight. No one wanted to hire an underage dago, wop, spic, or wetback. Those slurs were interchangeable then, and they all referred to Italians as well as any others.

He had somewhere to turn, though. A guy on the street told him about it. “There’s an “organization, see?” the guy said. They’re all Italian, like us. Kind of a mutual aid kinda thing. They can help you out.”

Mike was no dummy. “What do they get out of it?” he asked.

So Mike went to see the guy. A nice guy. Seemed to get a lot of respect. He told the guy he was a good worker, and the guy gave him a job on the pier. Mike said something like, “Thanks, I owe you one,” or, “If I can ever do you a favor.” Or, “Wow! How can I ever repay you?”

You’ve been to the movies. You know how it goes. But Mike didn’t know. Those movies weren’t out yet and if they were, he wouldn’t have had the cash to see them.

So after he’d been working a while, Mike’s “benefactor” approached him for a favor. Perfectly legal. Carry this to there. Mike did it because he owed the guy. But he got paid handsomely for his work, and the debt wasn’t canceled, just postponed. Other favors followed. They got shadier and shadier, until Mike came to understand he was not simply a vassal, but an accomplice, and implicated in possible crimes. Of course, the organization would “protect” him, as long as he stayed loyal.

Mike was getting pretty busy, so he quit his other job. He was working for what they called “Our Thing.” That’s what Cosa Nostra Means: Our Thing.

In some ways, Mike’s career was not exceptional. It was even pretty good. His job had lots of variety, his boss was generous, and he was part of a community, of sorts. Once he got on his feet, he was able to rescue his girl, Pauline, from her sordid career and marry her. She quit her job and gave him a golden-haired boy, whom Pauline called Donny and Mike called “Paisano.” They bought a little bungalow in one of the better Italian ghettos and they went to Italian-American picnics in the woods and they raised their little boy and hoped for a girl to match.

It was a life. But there was something about it that rankled my Uncle Mike. He didn’t particularly like being dishonest. He hated the risks. It bothered him to think of his total dependence on his boss. He dreaded the thought that Donny, who was frail and had only one lung, might go into the “thing.” So Mike decided to quit.

I don’t know how that scene went. Did Mike walk into the boss’s walnut-paneled office and say, “Boss, I’m sick of being a crook”? Did he use euphemisms? “Boss, I think it’s time for me to retire”? Did he write a letter of resignation? What about references?

However he did it, though, this quitting thing wasn’t popular. Clean-cut Mike had become a valuable guy. So the boss cajoled Mike back into the business.

That worked for a year or so. But Mike got restive again. This time, somebody beat him up. The third time was the charm, though. It was a Friday night, right after Victory Day in Europe (VE) Day.  Mike quit again. So some thugs went for Donny. He was 18 years old and downtown clubbing for maybe the second time in his life. They didn’t shoot Donny from a bank depository; they beat him to pieces in an alley behind a Rush Street bar. Neither Donny nor Mike was all that important, so they probably just meant to scare him into line. But Donny’s one little lung collapsed, and he died that night.

His story was over long before his life was. His life dragged on another thirty or thirty-five years, post-Camelot years. He and his wife, my great aunt Pauline, tried some more and failed to have a baby girl. Then they tried and failed to coax my mom into moving in with them. Eventually, they adopted a golden-haired boy they tried to love. They moved to a middle-class suburb and then onto a tonier one and their house filled up with stuff. Uncle Mike ignored it and planted a garden, and no one, not a soul, could set foot on his grass.

The neighbors liked this tiny, tidy man, and they marveled aloud at his garden. I met one of them once, when I was still a kid.

“What kind of a world would it be,” she beamed, “If everyone could be like your old Uncle Mike?”

Mike patted my shoulder and smiled back at them: A big, wide smile. Except for his eyes.

Sheri Reda is a writer, editor, life-cycle celebrant, restaurant host, parent, and youth librarian and storyteller. She participates in many live lit events around Chicago.