Some months ago, our family welcomed a new bundle of joy. Twin bundles, really. Jordan and Jordan, weighing a combined one pound, six ounces. Healthy and happy, dare I say perfect.

Following several weeks of anxious anticipation and stock delays, the Jordans arrived via UPS parcel post in an orange box with a white swoosh. They spent their first few hours quietly nestled in tissue paper awaiting the arrival of their adoptive parent, my 13-year-old son, Will. 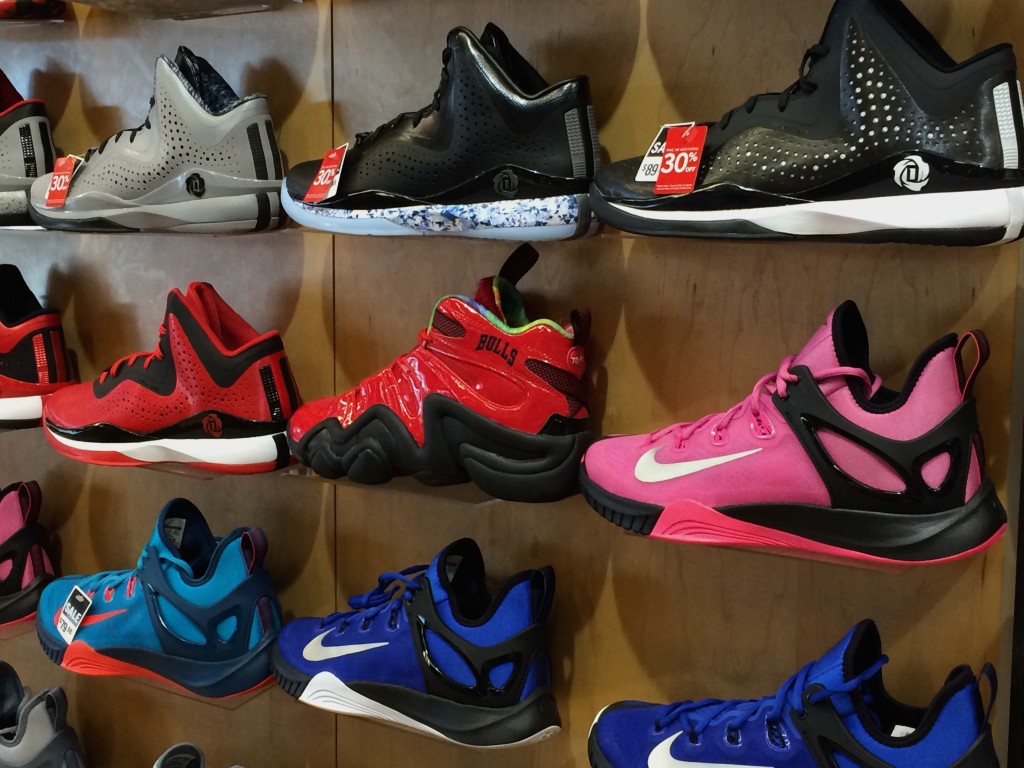 I watched my son, who only had eyes for his shoes, and silently wondered what had happened to the little boy in the Halloween frog suit.”

Will, who had spent several days tracking the Jordans’ progress from a factory in Minnesota, said to me on his way out the door that morning, “This is the day, Mom. When they get here, will you please leave them in the box.” I wondered whether he thought I might harm them or whether he wanted to be the one to lift the crinkly paper and see their unsmudged faces for the first time.

The box arrived on a Friday. I placed it, unopened, on the kitchen counter and noticed that I felt a little giddy, too.

At three o’clock, Will came flying through the back door, shouting, “Are they here? Are they here?” After admiring the Jordans in their box for several moments, he carefully cradled them in his arms and carried them to the living room to observe them in better light and from all angles.

Several weeks before this day, Will had somewhat sheepishly asked me if he could buy a new pair of shoes. He showed me a picture from the Footlocker website: Jordan Spizike by Nike, on sale but with a hefty price tag. I was still processing the request when he offered to not only order the shoes, but pay for them as well. The selection of this particular pair was the culmination of several weeks of intense scouring of shoe-related Instagram posts. Agog that my son was willing to expend this amount of effort on an apparel item, I handed Will my credit card and told him he could pay me back by babysitting.

I have to admit that they were an attractive pair: space blue and wolf gray with tiny pink accents, a little bit retro, and at size six, not too big and not too small.

The overjoyed parent began snapping pictures to text to his friends with the caption, “They’re here!” His friends, ready with instant replies as teenagers are, texted back, “Sick!” and “You’re such a baller.”

I watched my son, who only had eyes for his shoes, and silently wondered what had happened to the little boy in the Halloween frog suit.

Will and the Jordans wandered upstairs to his room for some one-on-one bonding and left me to ponder this new evolution. There had been signs, with the gradual disappearance of my hair products probably being ground zero. One day when I wasn’t looking, our hair battles officially ended and Will seated himself at the breakfast table with hair that was combed and precisely styled into a shape he and his friends call, “flow.” I later learned that Will’s nickname is “King Flow,” a general acknowledgement that he sports the style best.

Ditched along with the messy bedhead were the athletic pants, the team jerseys and anything in a synthetic fabric. Now there’s Khaki Friday, and button downs are not just for picture day anymore. He’s a small man with a secret life.

Will and the Jordans left later that Friday for a weekend trip with some friends and their families. When he arrived home on Sunday, Will headed straight up to the bathroom. I figured he was probably exhausted or not feeling well, so I went upstairs to check on him. I found Will not huddled over the toilet but painstakingly cleaning his shoes with an old toothbrush. He looked up and asked for some laundry detergent to remove the tougher scuff marks.

I thought back to all the times I’d yelled at him about wet towels on the floor, lights left on, beds unmade and clothes carelessly strewn about, and wondered if neatness was the upside of puberty. But while the room maintains its constant state of disarray, the shoes alone occupy a pedestal of orderliness – always clean and perfectly aligned upon Will’s dresser top. Truly the loves of his life.

I can admit to hating the Jordans. I’d look at them sitting so smugly on their dresser-top throne and wonder if they deserved my son’s affection. Then I’d remember they’re just shoes, not a girl come to take him away. Not yet anyway. A therapist might say that the Jordans represent Will’s new autonomy, that every step he takes in them is a step away from me. He selected them, paid for them and is their dutiful caretaker, whereas I cannot even remove them from the box.

I, too, need a new pair of shoes. I’m not sure what they’ll look like yet, but they’ll need to be sturdy to help me forge a new path. I know that no matter where my shoes take me, I’ll always look forward to weekends, when my son wanders downstairs, barefoot and disheveled, and I can kiss him on the top of his cowlicked head.

Ellen Hainen is pursuing a master’s degree in Creative Writing at Northwestern University. Originally from Memphis, she currently lives and writes in Wilmette, Illinois.