I sat all alone on the big chair outside the principal’s office. Hardened juvenile delinquents had sat in that chair, waiting to be told they were expelled. And now I was one of those condemned men. 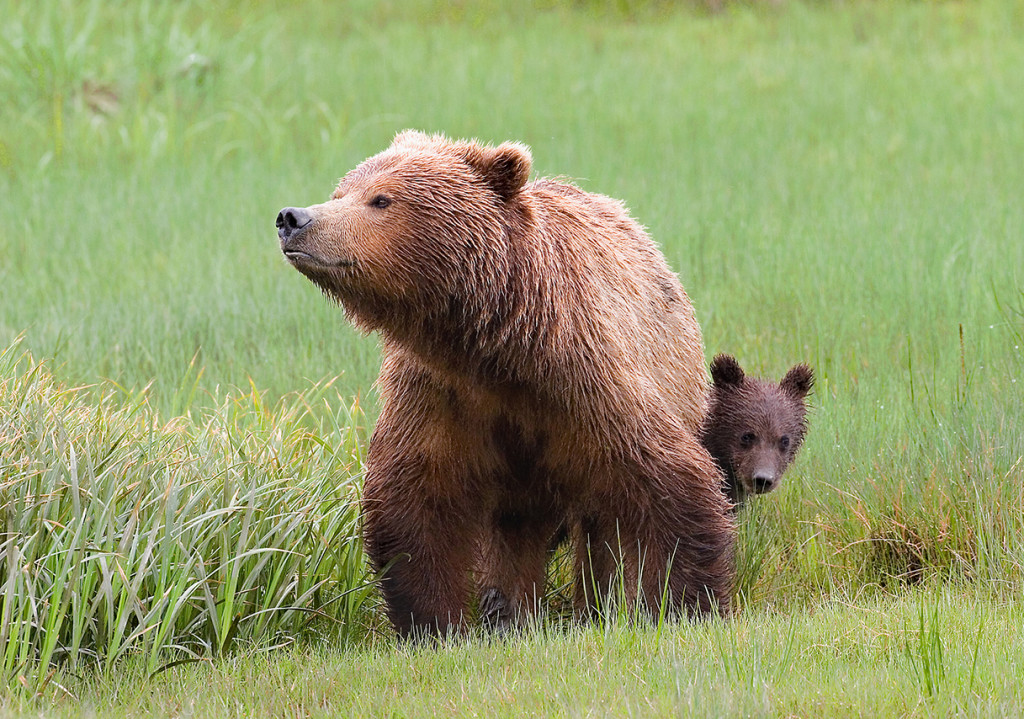 Whooh! Cocky kid!” Mrs. Saito said, right out loud. “He must be a Korean!”

This day had gone crazily awry. I was about to be drop-kicked out of this prestigious high school. I would die a violent death when I got home, and it wasn’t my fault. How strange, that the wheels of justice at Roosevelt High School were about to crush me so unjustly.

I was not the kind of kid who shouted abuse at a school administrator and made her cry. I had just done that, but that’s not who I was. I had gone to the academic programmer in a good mood that morning, with a legitimate request. Instead of the college preparatory classes I had requested, she gave me a General Studies program, the kind given to kids who would join the army or the circus after high school. All I wanted was a corrected class schedule. I had taken all the prerequisite courses, and obtained all the necessary teacher approvals. But the programmer refused to listen to me. In fact, she took a hateful tone, talking to me. “These classes aren’t for kids like you,” she hissed at me. “Only our best students belong in the AP and college prep classes.”

That hurt. But I kept calm. “Mrs. Saito,” I pleaded, “just look at my approval letters.” But she groaned, clapped her hands to her ears, and stomped into the tiny office of her friend the guidance counselor.

“Whooh! Cocky kid!” she said, right out loud. “He must be a Korean!” Someone laughed derisively at that remark. I yelled at her through the wall, “You’re goddamn right I am!” I heard her gasp, and before she could say another word I roared even louder, “Give me my frigging program, you stupid cow!” And as soon as I said this, I knew I had sealed my own fate.

You know that comic moment at the circus, when an army of clowns pile out of a single tiny car? Not only did Mrs. Saito come rolling out of that tiny back office, but so did her cohort, the counselor with the coke bottle glasses, and the disciplinary assistant principal. They formed a Greek chorus of wooden masks with horrified expressions. A triptych of doom. I knew what they’d say, and they said it in damning strophes and anti-strophes.

“We’re transferring you right now. You’re out of district, and there’s no place in this school for a troublemaker like you,” the disciplinarian proclaimed.

Then, she of the coke bottle glasses ordered, “We’re calling your parents in here to explain why we’re taking this action. Tell your father to talk to us in Mr. Wong’s office.”

“Let’s hear your mother talk her way out of this,” Mrs. Saito snickered.

I felt a glimmer of hope at the mention of my mother. She had stood up for me twice already this year. No, we weren’t in the Roosevelt district, but our neighborhood high school could not serve my academic needs, she argued. Only Roosevelt could. The principal, Mr. Wong, sympathized with us, and he agreed to that arrangement. But the disciplinarian, the guidance counselor with the coke bottle glasses, and Mrs. Saito the programmer made it their business to purge the school of me. Smarter by far than any of these three, my mother would protect me the way a mama bear protects her cub.

My parents arrived. Mr. Wong motioned them into his large office, where Mrs. Saito and her two witnesses waited for them. I could hear Mrs. Saito’s theatrical sobbing. My father, the ex-Army staff sergeant, looked at me in that “I’ll deal with you later” way of his. My mother looked perplexed and sad. “You wait out here, John,” Mr. Wong said, not in an unfriendly way. He shut the door on me.

I heard bits and snatches of the conversation behind that wall. I heard Mrs. Saito’s angry sobbing. I heard my parents’ apologetic tones, followed by my mother’s questioning. I heard more sobbing from Mrs. Saito, with the other adults’ voices rising, falling, droning at the boundaries of her teary speeches. Worst of all were the icy silences that punctuated and protracted these awful proceedings.

The first words I could make out were my mother’s. “John wouldn’t talk like that unless …” Then, Mrs. Saito’s hurt retort, “That’s what he called me!” Other voices confirmed the charge. My mother persisted. “Look, this is very hard to understand. We have to hear John’s side of the story.” Arguments. Silence. The door opened, and Mr. Wong beckoned me inside. Before anyone could stop him, my father launched right into me.

“What you called her?” he demanded.

“No excuse! Why you call her that?” my dad shouted, thrusting his angry face close to mine.

“She called me a Korean trouble-maker,” I answered. Mrs. Saito looked away, shielding her face with her hand. The counselor and assistant principal stared at the table in front of them. Mr. Wong frowned at Mrs. Saito, as if to say “You didn’t tell me that.” My father looked stunned for just an instant, but he shouted at me again. “Still no excuse, John! I hear you swear at her, eh?”

“I said, ‘You’re goddamn right I am!’’ My father blinked once in surprise. For just a nano-second, the crinkle of a smile appeared around his eyes, and he began to laugh. He stopped himself, but he understood. His son had been provoked, after all. He redirected his withering glare from me to Mrs. Saito. It was like watching the gun turret on a tank traversing over to a new target. Mr. Wong quickly intervened. “Is this true?” he asked Mrs. Saito. She didn’t answer. “This changes things,” Mr. Wong said. My father shook his head, his eyes still boring into Mrs. Saito’s averted face. Justice! Soon there would be a mushroom cloud where Mrs. Saito now sat.

But then I saw my mother put her hand on my father’s knee. He turned and looked at her and then settle back in his chair. I turned to my mom, to urge her not to stop my dad. But then she put her hand on mine. And I settled back into my seat.

Mrs. Saito got up abruptly and started to leave, but my mother stopped her cold. She spoke in Japanese, in that sweet, chirpy tone of voice that Japanese women so often use when they chat with each other.

Mrs. Saito looked like a frog pinned to a dissecting pan. “Watashi wa honto-ni niho-njin desu. I am a true Japanese,” she answered, her voice full of hurt pride.

Still in that girlish voice, my mom countered, “I-ie, watashi wa honto-ni nihon-jin desu. Anata wa bakayaro desu.” Her voice was kind, but what she said was, “No, I am a true Japanese. You are a damned fool.” None of the other administrators knew what she’d said. Mr. Wong was Chinese. The counselor and the assistant principal were German-Americans. But I knew. And my father knew. She went on. “Anata wa nihon-jin ja nai. Okinawa-jin desu. Naze Okinawa-jin-de aru kotoga hazu-kashii desuka? You’re not Japanese you’re Okinawan. Why are you ashamed of that?””

There was something very soothing, very forgiving in her voice.

“Wasure mashitaka? Issho ni gakko ni ikkimashita, ne? Have you forgotten? We went to school together.”

My mother told her something in a confidential tone, and Mrs. Saito looked relieved. She nodded.   Only Dad and I heard the steely edge in her voice in her next sentence. I couldn’t understand all of it. Something about “If you ever… John again …” Her eyes darted quickly to my father, who sat there smoldering like a volcano, then back again at Mrs. Saito. And she asked, “Wakarimasuka? Do you understand me?”

My mother nodded, satisfied, and smiled a lovely smile at Mrs. Saito. “Yosh! Arigato gozaimasu. Excellent,” she said. “Thank you very much.” The tension in the room evaporated.

“You no worry about John,” my father assured everyone. “I’ll take care of this.”

And he did. He bought me a cheeseburger and a coke.

Shortly before she passed away, I visited my mother back in Hawaii and asked her what she had said to Mrs. Saito. “Oh, I told her it was stupid not to be proud of being Okinawan, and wrong of the Japanese to hate Okinawans, or Koreans, for that matter. And I told her not to try that again, or the next time I wouldn’t stop your dad.”

When my daughter Leah was very young, I composed a series of bedtime stories for her about the great Mama Bear of the Forest. In all these stories, Leah is rescued by her friend, Mama Bear, who sends the bullies running for cover, and even turns some of them into friends with her kindness. I didn’t realize it right away, but I came to see that my own mother was Mama Bear.

“Oh, Daddy,” Leah would say smiling as I tucked her in, “I love my Mama Bear! Where does she live?” And I’d thump my chest tell her, “She lives right here, Leah.”

John Hahm was born in Honolulu, Hawaii and is currently a teacher at Northside College Prep High School in Chicago where he also and writes and tells stories.