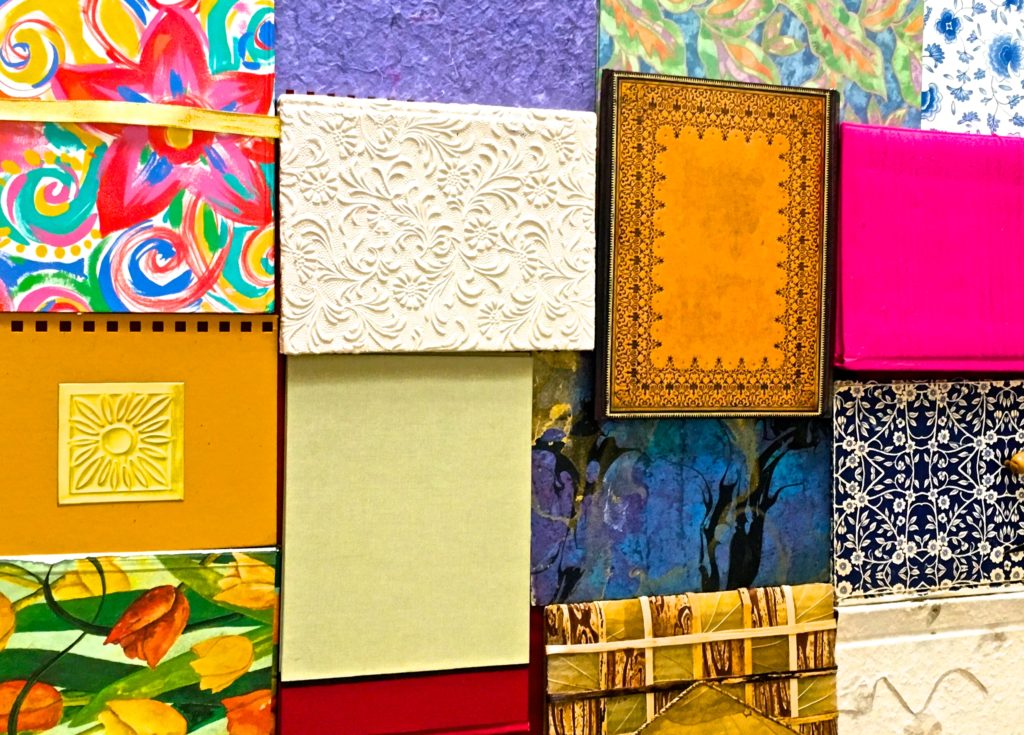 One evening in April of 2013, alone in my house for the first time in a long time, I gathered up all of my journals, placed them in a pile by my fireplace, and, accompanied by a bottle of Sauvignon Blanc, read my way through each of them, one by one.

I read every page, then tore each from its binding and threw them into the raging fire.

And then I drank.

It was a dramatic and very drinky evening. Imagine choosing to douse yourself in every feeling you ever put down on paper. What kind of person does that sort of thing?

An emotional epicurean, that’s who.

I wanted to make it a ritual, so I savored each diary and took a video of the burning fire. You can read about that night and see the video here.

In the days that followed, I received a vast array of responses ranging from hallelujahs to horror which prompted this response.

For the covers that remained, I had an art project in mind. I would find a way to attach them with thread, metal rings or glue and hang them over my office desk as a patchwork quilt representing decades of diary entries. To acknowledge the writing that led me to becoming a writer.

Just this week, while cleaning out my office closet, I came across the bulging plastic container with the shells of my former journals. It’s been more than three years since I stowed them there and I’ve talked about the wall hanging,  consulted artists about how do it and dreamed of how it would look on the wall. But up until now, it was just an idea taking up space in my mind and my closet.

Today, a new idea popped into my head, one that must have grown from the desire to pare down and also speaks to our digital times: I could lay them out on my dining room table, highlighting their color and texture, and photograph them.

The photo above is one version. The photo below, another. 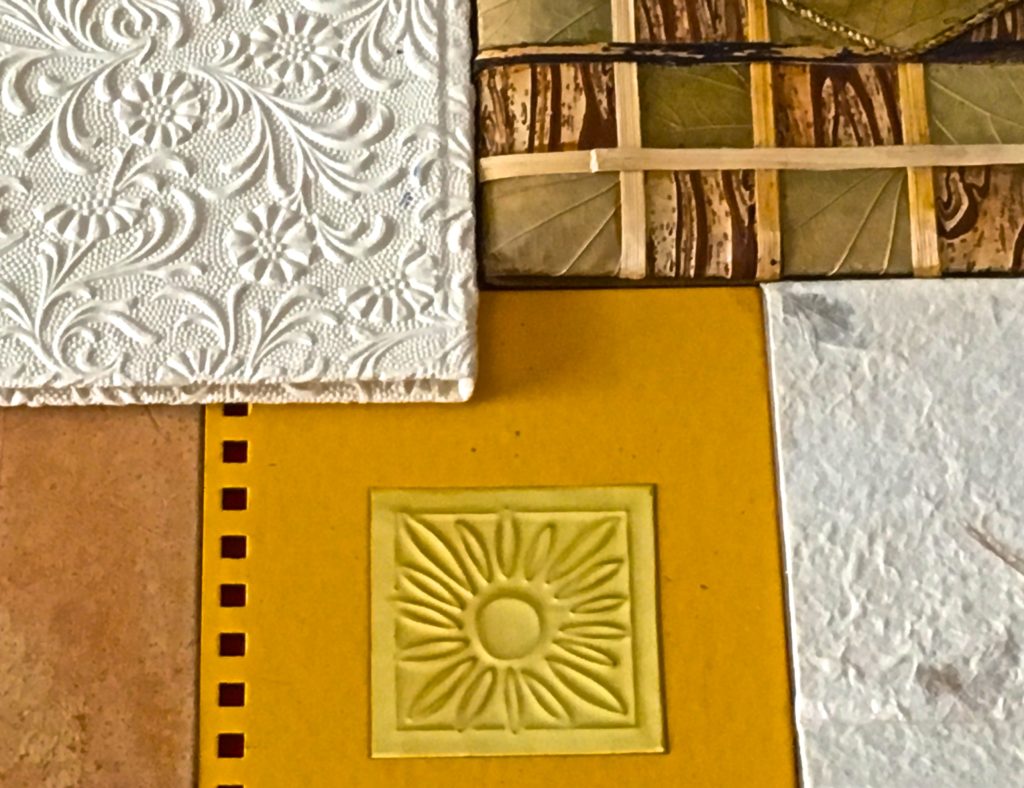 After thanking the covers for their service, I threw them unceremoniously into the garbage can.

How did it feel?

It felt good. Really good. Like the proper completion to the journal burning, which I now see as a three-part process.

First we let go. Then we make art. Then, we make room to do it all over again.